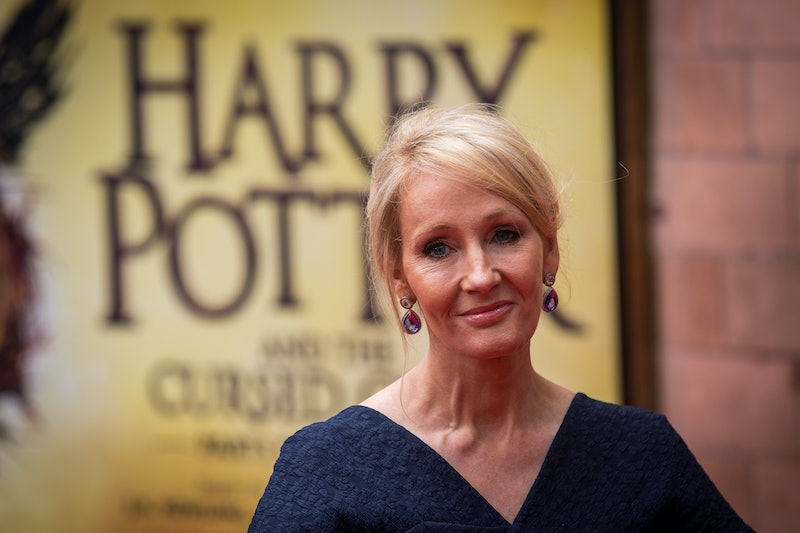 Harry Potter author J.K. Rowling has not been shy about expressing her opinions on the United States' contentious election, and tonight was no exception. On Tuesday, J.K. Rowling tweeted about Election Day, pleading that history be kind.

J.K. Rowling is not American; she lives in the United Kingdom. However, as she's said in the past, electing the President of the United States is everyone's business. "When a man this ignorant & easy to manipulate gets within sniffin distance of the nuclear codes, it's everyone's business," she wrote on Twitter in Oct. 2016.

That wasn't the first — nor the last — time she's tweeted about Donald Trump's threat to American democracy and worldwide peace.

In one instance, she took particular umbrage to Trump's response to the release of the 2005 video tape. "It's just words, folks," he said in his defense at the second presidential debate.

"Trump says 'just words, folks.' It's his accusation and his defence," she wrote on Twitter at the time. "Words don't matter. Facts don't matter. If they don't, we're all lost."

In another particularly memorable tweet, the bestselling author compared Donald Trump to the villain of the Harry Potter series, Voldemort. Guess who came out on top?

And tonight, on Election Night, she tweeted the following — a bare, emotional plea that history looks kindly upon America tonight: