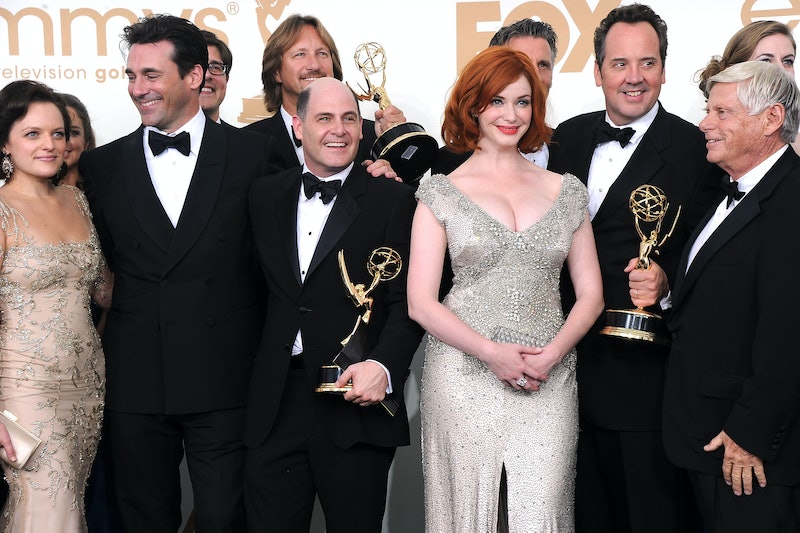 The work of a costume designer is backbreaking, never ending and, with the exception of awards season, usually uncelebrated. Outfitting characters for television or film has in the past been considered secondary to the writing and acting responsibilities. But, costume designers are becoming celebrities in their own right — and brands are taking notice.

A 40 percent increase in costume designer brand partnerships is expected over the coming year, reports Business of Fashion. The figures come from branding agency Matchbook, which represents big names like Lyn Paolo of Scandal, American Hustle’s Michael Wilkinson and queen of TV styling Janie Bryant of Mad Men. The company has forged more than 100 partnerships for its costume designer clients over the past four years, according to founder Linda Kearns, generating over $2.5 million in fees.

If there's one costume designer you've heard of, it's likely Patricia Field; the Academy Award-nominated and Emmy-winning costume designer is responsible for the fashion of Sex and the City (and, one could argue, Sarah Jessica Parker's career in fashion). But even Field isn’t making the kind of bank costume designers like The Mindy Project’s Salvador Perez and The Great Gatsby’s Catherine Martin stand to make in this new market.

Brands are seeing costume designers as the new go-to option for capsule collections, limited edition items, and product curation. Whether the collaboration is with the individual designer or with the show or film producers, the brand benefits from the huge fan following, which can be considerable — ABC Family's hit Pretty Little Liars has more than 15 Tumblr pages dedicated to the fashion by costume designer Mandi Line.

For the designer, the partnerships represent a new revenue stream and increased exposure for their work.

Trish Summerville, lead costume designer of The Hunger Games, has become a designer in her own right with two capsule collections under her belt, an edgy collection for Net-a-Porter labeled Capital Couture and a Dragon Tattoo collection with H&M inspired by her work on the movie of the same name.

Bryant of Mad Men has partnered with Maidenform shapewear, QVC, and Banana Republic. She shows no signs of slowing down once the curtain falls on Don Draper and crew, with a new gig as ambassador of handbag line Koret, a Fall line for Doris Hosiery, ads for Hearts on Fire, and a reality show in the works.

Costume designers are the new tastemakers, and brands are capitalizing on the social media buzz and water cooler talk their work inspires. With the financial possibilities and empire building potential, expect to see more step from behind the camera in the future.

More like this
'The Circle' Season 4 Star Yu Ling Wu Is Already A Beauty Icon
By Erin Stovall
10 Talc-Free Makeup Brands For Safer Eyeshadows, Powders, & More
By Audrey Noble
21 AAPI-Owned Beauty Brands That Will Be Your New Favorites
By Audrey Noble
‘90s Streetwear Brands That Are Making A Major Comeback
By Dominique Norman
Get Even More From Bustle — Sign Up For The Newsletter