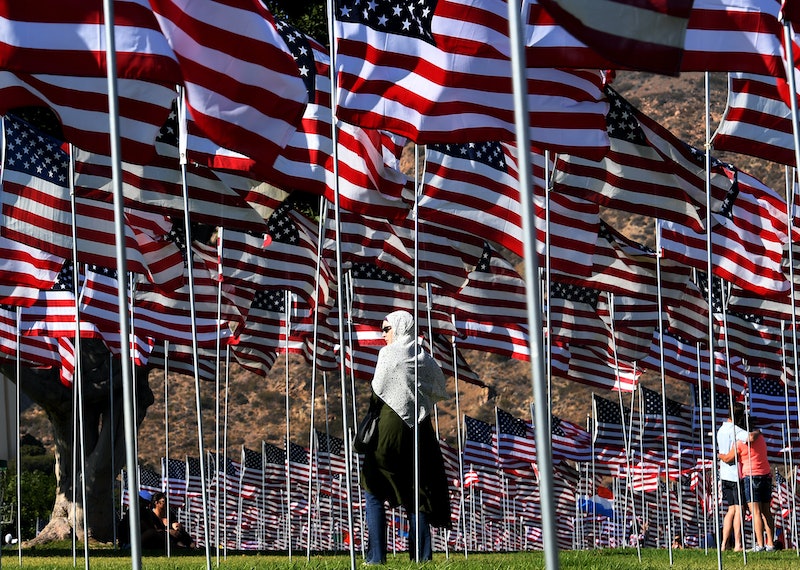 Americans who oppose Donald Trump's bid for the presidency watched in shock and despair on Tuesday night as the Republican nominee secured more and more electoral votes. Late into the night, the race was finally called, and Trump has been elected president of the United States over Democratic nominee Hillary Clinton. Twitter was a depressing pace for a Clinton supporter on election night and the emotional responses have not yet let up. Many U.S. citizens fear that their freedoms will be challenged by their new government, and among the distressed are American Muslim women and their families. Many Muslim women tweeted that they feel unsafe wearing their hijabs on Wednesday because of comments Trump and his supporters have made about their religion and steps the president elect has promised to take in banning Muslim immigrants from entering the country.

These tweets are heartbreaking, because they embody a sickening desperation. Religious freedom is one of the tenets this country was founded on, yet millions of voters ticked their ballot for a person who detests the Muslim faith and those who practice it. And Muslim women who choose to wear them are easily identified by their hijabs. Many observant women don these traditional head scarves when in public to honor their faith and culture and a value of modesty, and to take off their hijabs out of fear of Trump's America would likely be painful for many. But to keep them on leaves these women vulnerable to harassment, sub-par treatment, and even physical attacks.

Women and their allies took to Twitter to voice their sadness and frustration. Here's what they said:

Some women tweeted their defiance, promising that they wouldn't hide their personal belief for the comfort of bigots.

Many allies have come forward to offer their support and protection.

For many people, waking up in the United States on Wednesday morning felt a lot different than waking up in it the day before. The climate of division and hate that began to brew during the campaign has proven to be much more widespread than many Americans (including pollsters) expected. Trump has been accused of stoking the flames of Islamophobia in this country. These tweets show that Muslim women are terrified that that prejudice has been completely normalized and will be tolerated by their fellow citizens.

It's sobering to see these tweets, but it's important that the position that these women are in is understood and appreciated. They are brave in speaking out, no matter how painful it might be to do so.