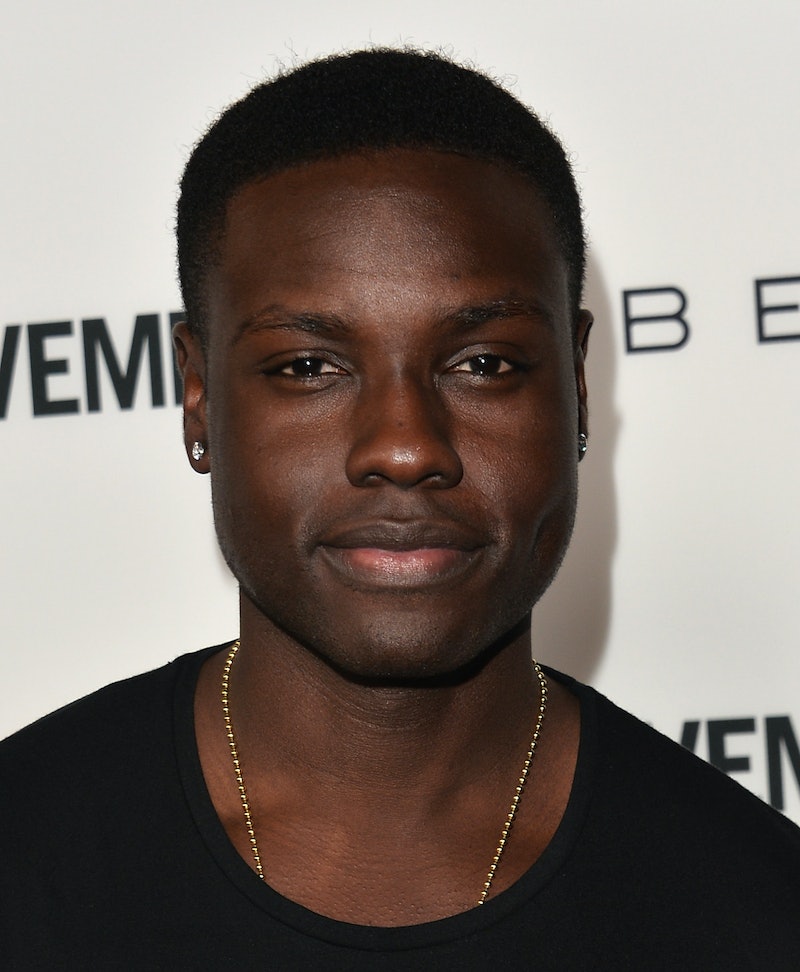 Finally, here's some Hunger Games news that has nothing to do with Jennifer Lawrence: Dayo Okeniyi, who played the tribute Thresh, has been cast in Terminator , the upcoming reboot of the blockbuster franchise. Okeniyi will play the son of Miles Dyson, a scientist from the original films who helped create the computer system that started the machine-human war. The character is described as a "Steve Jobs genius," much like his brainiac father, memorably played by Scandal's Joe Morton.

Although Okeniyi's has had substantial success since The Hunger Games with supporting roles in The Spectacular Now, Endless Love, and a quick scene in Catching Fire, he hasn't yet broken through into stardom. His casting in Terminator, however, should change all that, and give Okeniyi the career-making role he's proven he's earned over the last few years.

Happily, Okeniyi is far from the only Hunger Games tribute to make it big post-Games. Here are six other "competitors" who've found success since leaving the arena:

Hutcherson, a former child star, had been a known figure long before The Hunger Games came along, but since the first film's release, his celebrity has skyrocketed. In addition to becoming a tabloid favorite, Hutcherson has gotten substantial parts he might not have pre-Peeta, like a starring role in Paradise Lost and a gig hosting Saturday Night Live back in November.

Since playing Finnick in Catching Fire, Claflin has been cast in three films, including Love, Rosie, the upcoming adaptation of Cecilia Ahern's bestseller. In that movie, he'll star opposite Lily Collins, and in Posh, a thriller about an infamous Oxford University social club, Claflin is up against Game of Thrones' Natalie Dormer.

Ludwig, who played the ruthless Cato in The Hunger Games, starred as a Navy Seal in January's Lone Survivor. He also had roles in Grown Ups 2 and the TV show Vikings, as well as upcoming parts in two movies, including a thriller co-starring Abigail Breslin and Wes Bentley.

As Rue, the 12-year-old tribute befriended by Katniss in the first film, Stenberg was the subject of racist remarks by ignorant fans (who apparently didn't read the books very closely). Yet the "controversy" only helped the actress' career, propelling her to the spotlight and earning her Hollywood's attention. Last year, Stenberg had a recurring role on FOX's Sleepy Hollow, and next month, she'll voice a character in the animated Rio 2. In her spare time, she hangs out with Sally Draper and gets breakfast with Lorde. Whatever.

Malone (Donnie Darko, Sucker Punch) is one of those actresses who's had breakout role after breakout role, and yet has never seemed to get the type of fame she deserves. Yet last year, over a decade after her first major film, Malone finally got the industry's attention with Catching Fire. The actress' portrayal of rebellious Johanna Mason was a highlight of the film, and so it's no surprise that since its release, she's been cast in two films, including the star-studded Inherent Vice.

After playing District 1 tribute Gloss in Catching Fire, Ritchson has gone on to star alongside John Goodman, support Josh Gad and Kevin Hart, and, as Raphael, lead the live-action reboot of Teenage Mutant Ninja Turtles . Hopefully, the latter project will see Ritchson faring better than he did in the Hunger Games arena — or at least watch our for stray arrows and bloodthirsty competitors.