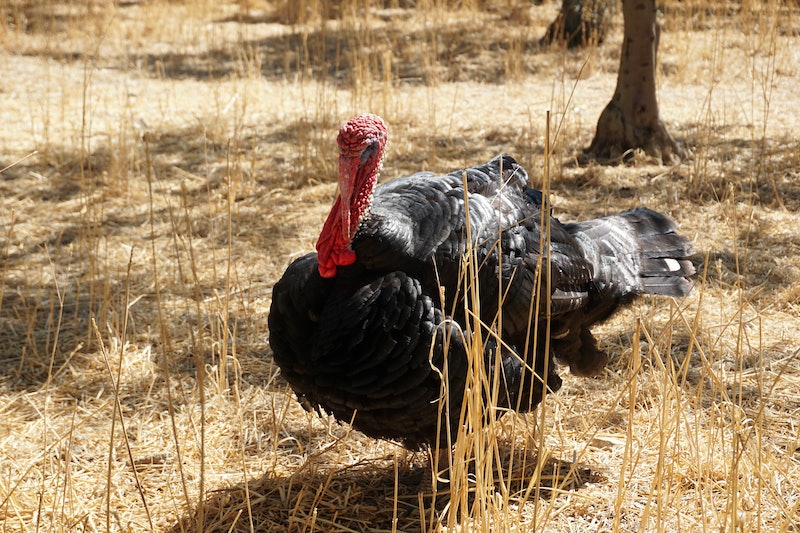 While Thanksgiving is totally my favorite holiday, I admit I don't know much about why we partake in a lot of the Thanksgiving traditions that we do — which is why little-known Thanksgiving facts can come in handy to fully appreciate the special day. I personally love any excuse to get people together over a warm meal and I certainly appreciate the opportunity to feel grateful and give thanks. That, and it's one of the only holidays that people of all religions can celebrate together. And let's be real, I'm super into any excuse to eat obscene amounts of food in one sitting, so much so that I nearly always have to unbutton my pants — I know, I know, I should just wear an elastic waistband, good point.

But seriously, Thanksgiving is the holiday that I would make up if it didn't already exist. However, if I had any say in it, I'd make sure it came a few times a year — because we can never be too grateful or too full. Once a season would be nice...

To fill my trivia void, I did a little research to find out a bit more about the holiday, why we celebrate it the way we do, and what the meaning is behind all of the strange dishes we're so attached to. Here's what I've found:

We've Got Lincoln To Thank For Thanksgiving

Good ol' Abe Lincoln was the one who made Thanksgiving an official holiday. On an October day in 1864, he proclaimed:

Now, therefore, I, Abraham Lincoln, president of the United States, do hereby appoint and set apart the last Thursday in November next as a day which I desire to be observed by all my fellow-citizens, wherever they may then be, as a day of thanksgiving and praise...

And Thanksgiving was made official!

We Eat A Lot Of Turkeys

Here are some numbers for you: Eighty-eight percent of Americans eat turkey on Thanksgiving, and approximately 46 million turkeys are sold each year for the holiday. For perspective, there were approximately 318 million citizens in the United States in 2014!

The Tradition Of Green Bean Casserole...

... is not exactly a tradition. It was a recipe that Campbell's Soup created only 50 years ago. Their advertising made it look like the recipe was an old tradition, when really it was new.

The Macy's Day Parade Is Nothing New, Either

This parade is almost a century old at this point! It began in the 1920s and was, albeit, much less of a spectacle. But the concept of a 6-mile-long celebration is definitely old news, and not specific to Thanksgiving — the original parade was for Christmas!

Due to an over-ordering mishap, Swanson found themselves with a lot of frozen turkey on their hands. In order to make use of it, they came up with the idea of frozen dinners, starring that very frozen turkey. You've got them to thank for your TV dinners.

It's Not The Turkey That Makes Us Tired

While turkey has L-tryptophan, which does indeed cause drowsiness when consumed in excess, it's not the turkey that makes us so tired. Scientists say it's everything! The act of overeating depletes your energy because your body needs it to digest all of that food. Think about it: You're not falling asleep over your turkey sandwiches at lunch... well, hopefully not.

Thanksgiving Is A National Booze Fest

When you think of the booziest nights of the year, you probably think about New Year's Eve and St. Patty's Day. As it turns out, Thanksgiving is actually one of the booziest days of the whole year. Liquor sales are especially high in anticipation of this night. Perhaps to give people the liquid courage to deal with their families all weekend?

The Wishbone Tradition Is Totally Legit

If your family isolates the turkey's "wishbone," dries it out and saves it for a post-dinner tradition, you're doing Thanksgiving the right way. According to a breakdown from mental_floss, "The custom of snapping these bones in two after dinner came to us from the English, who got it from the Romans, who got it from the Etruscans, an ancient Italian civilization."

Be sure to bear these all in mind at the dinner table! With the election still on the tips of everyone's tongue, you're going to need some fun facts to lighten the mood.