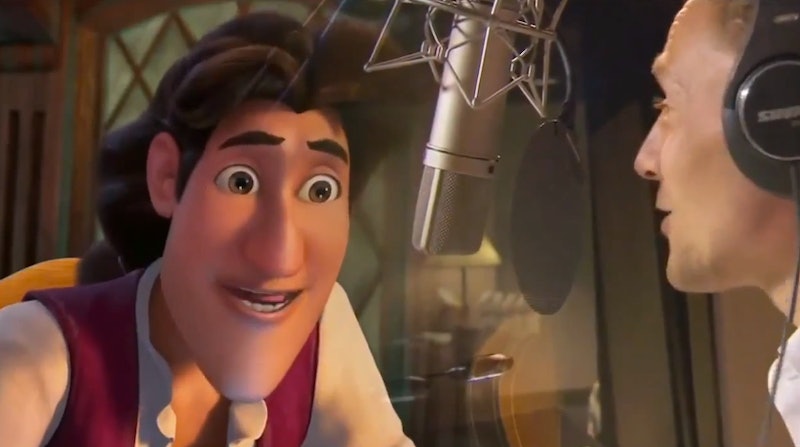 Tom Hiddleston was made for voice-acting. There, I said it. Now, don't get me wrong: He was also made to be on camera, and in the theatah, and one of the Internet's favorite heartthrobs. But as this behind-the-scenes featurette for The Pirate Fairy proves, Tom Hiddleston's got vocal talent in him.

We've already covered another behind-the-scenes Pirate Fairy featurette with featured Hiddleston's singing voice specifically, but this one's more about his role in the film in general.

*(Damn straight they do)

In the grand tradition of fellow Brits like Alan Rickman and Benedict Cumberbatch, Hiddleston's voice is worthy of its own spotlight, though. And he puts it to good use here as a young Captain Hook, even if it is a direct-to-DVD movie that mainly ten-and-unders will watch. But hey, their parents might get a kick out of it, too — with Hiddleston involved.

You can witness his Pirate Fairy showing here:

And in case you needed further proof that we should all be listening to Hiddleston's voice at all times, here is a more relatively sexy clip of him reading e.e. cummings' "May I Feel Said He."