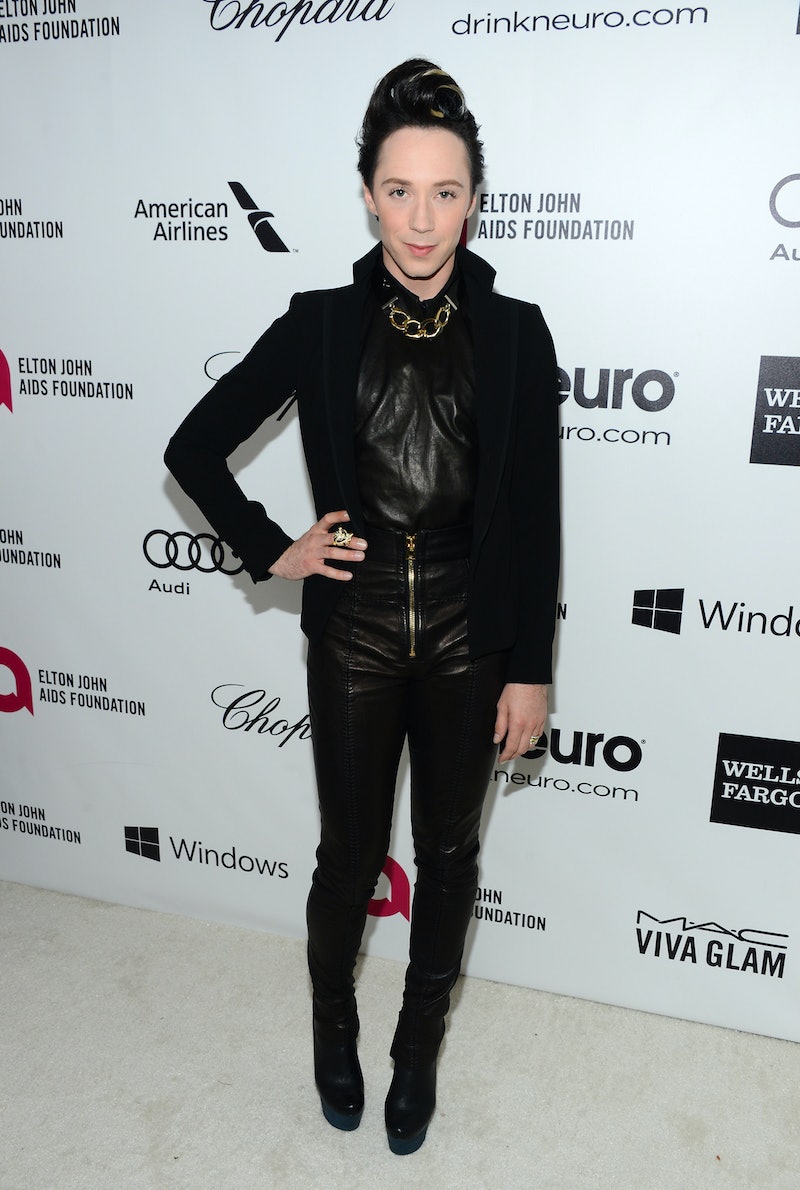 Johnny Weir's announcement that he was separating from his husband of two years, Victor Voronov, on March 19 seemed a strange at the time. The men didn't seem to be on the same page at all and now it's lead to bigger problems. Weir originally announced the split on Twitter and sounded very positive while Voronov, on the other hand, wrote a message that was significantly more cynical. He tweeted, "Shocked by the abrupt ending of my marriage and am dealing with the trauma including multiple things I am just now becoming aware of..." After that, it comes as no surprise that when Johnny Weir and Victor Voronov met with a judge, more issues came forward. And, according to Celebuzz, Weir will have to get rid of one of his expensive Faberge eggs!

The website claims that Weir will have to get rid of the $15,000 egg to pay his lawyers. Additionally, Weir will have to put one of his rings "in a trust to pay legal bills on both sides." When the couple met with a judge on Wednesday, it was decided that Weir will have to support Voronov financially with about $6,000 per month. Weir is said to have a large collection of fur coats and Chanel and Hermes handbags which he can surely use for money if that's ever becomes necessary. Although, Weir and Voronov also have differing opinions on how much these items are worth. Weir says that he owns fewer designer items than Voronov claims.

Weir and Voronov had to figure out custody of their dog, a Japanese Chin named Tëma, as well. According to reports, Tëma will split his time between Voronov and Weir. Court documents state that the dog will stay with Weir three weeks every month and with Voronov for one. See, that's why you go for the pricey lawyer that requires you sacrifice your Faberge egg!

Voronov's crisis manager Wendy Feldman says of the dog agreement, "They will go like any couple exchanging children. Sadly, probably unless they can work something out else, they’ll go to the Sheriffs station and do it in the parking lot."

Awww. Poor Tëma. If he's being really being traded at a Sherriffs station, at least he's arriving inside of a Birkin.