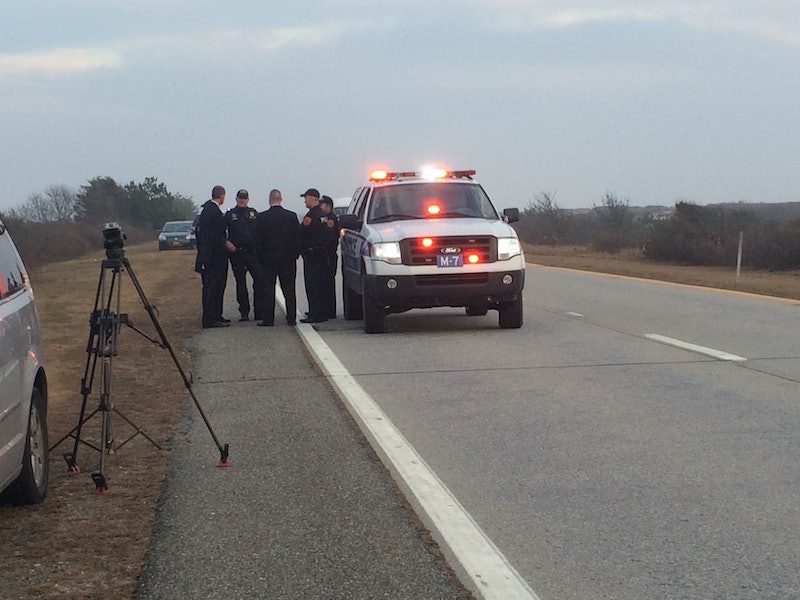 Most of us have probably at least heard of a couple of infamous serial killers in our nation's history. We all know the Ted Bundys and the Jeffrey Dahmers, but most people have likely not heard of one serial killer who boasts a terrifying victim count and has still yet to be caught. I am talking about the Long Island Serial Killer, who is investigated in depth for an eight-part documentary series on A&E, The Killing Season . Why is this guy failing to command the kind of media attention that infamous murderers before him did? The Long Island Serial Killer (LISK) has flown mostly under the radar likely because his chosen victims happen to be sex workers.

It's an unfortunate and sobering reality in our society that sex workers are too often seen as expendable humans to some. As The Guardian reported, many people think that these men and women knowingly put themselves into harm's way for their jobs, and, as a result, they see any consequences as a result of the sex workers' willingness to place themselves in danger. This is a heartless way of thinking because a human being's profession is only a small piece of them, and this sends a message to would-be serial killers that these people won't be missed. Ending any human's life is unacceptable, no matter what that person might have done in their working lives.

Unfortunately, serial killers have known about this wrinkle in our collective moral code for a long time. Beginning long before the killers of today, came Jack the Ripper, who is one of the most famous serial killers in history. This mystery man chose women who were considered sex workers at the time and brutally murdered them on the streets of London. More recently, there was Gary Ridgway, the "Green River Killer" who was caught in 2001 and convicted of killing 49 people, according to The Oregonian. Ridgway explained his choice of victim, according to USA Today, saying, "I picked prostitutes as victims because they were easy to pick up without being noticed. I knew they would not be reported missing. I picked them because I thought I could kill as many of them as I wanted without getting caught." This is a tragic explanation, but all too real.

Now, it has become even easier to prey upon sex workers via the Internet. Website ads cut down on the man-hours that a potential serial killer has to log in order to find a victim. According to CNN, convicted serial killer Dennis Rader was known to stalk his victims for periods of time before killing them. But, that isn't the case with sex workers because their job often requires them to come to their client. It's akin to a hunter ordering a deer to be delivered to their front door. (A horrifying metaphor, to be sure, but unfortunately it's important to know how these things can happen.)

It is easy to see why the Long Island Serial Killer chose sex workers as his victims, but that doesn't make it OK. It is important to understand that someone's profession is not who they are. These men and women are human beings and their deaths are every bit as tragic as any other murder victim's is. These types of cases need to be treated with respect, and missing cases involving sex workers need to be taken seriously so that these types of killers don't think they can get away with their crimes. Hopefully the exposure this type of killer gets in The Killing Season will wake society up to this tragedy and have people start paying more attention.