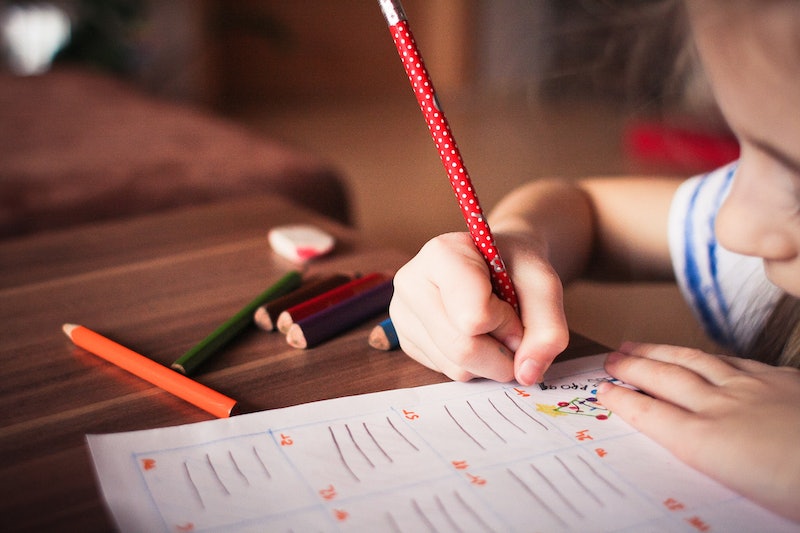 In the age of digital communication, the art of letter writing seems to be going the way of the dodo. But what may seem like a trend of the past could in fact help bring our country together in the future: The Urban-Rural Pen Pal program is seeking to start a conversation between kids from very different backgrounds, and through snail-mail letters, help bridge the ever widening divide between those living in urban areas and rural ones. Says project creator Lori White to Bustle, "If there's an urban rural divide, who better to bridge it than kids and their honest questions?"

As a child of the ‘90s, I have very fond memories of scribbling (mostly misspelled) letters to my pen pals as school assignments. It was always incredibly exciting to receive a letter back from a different country, cooing over the striking stamp or postage mark and feeling transported thousands of miles away. But according to White, these written correspondences could have more social impact than you might think.

White, a Brooklyn-based writer and community leader, first had the idea for the pen pal program while watching the divisiveness of the country play out over the course of the election. After the votes had been counted, one tweet in particular — sharing an unfinished letter written by a young girl — inspired White to turn her disappointment into positive change. "I grew up with very strong roots in urban and rural life (I was born in Mississippi and raised in St. Louis, and I live in Brooklyn) and as a result, I have a lot of love for both sides. And I ultimately think that for things to move forward and for us to have hope. ... We need to know each other better," she tells Bustle.

Mere hours after posting a message to Facebook calling for teachers interested in the program, White's post has already started to pick up viral speed. "I was feeling really really really sad today and I thought of my family and what I want for them and I just posted this on Facebook and ... people haven't stopped adding to it since," White explains. "I've heard from folks all the way from California to Georgia to the South Bronx to the U.K."

With a website in the works, White is initially reaching out to teachers across the country in order to gather an initial group of students to start the exchange. The program will provide sample intro letters and follow-up questions, but ultimately, it will be a tool for connecting school-age pen pals. "My aim is for the whole thing to be open source. Ideally, I'm a hub for the initial matching of kids from urban areas and rural areas," says White.

White believes kids are now the key to healing the nation's gaping divides, and the pen pal program could be part of the solution working towards a unified country. "I've seen my own heart grow as an adult as I get to know more types of folks," White adds. "And, well, since adults have failed at that whole 'love thy neighbor' thing, I turn to the kids. I want to give them the big hearted opportunities that I had."

Be sure to check out White's post to find out how you can become involved with the Urban-Rural Pen Pal Program!