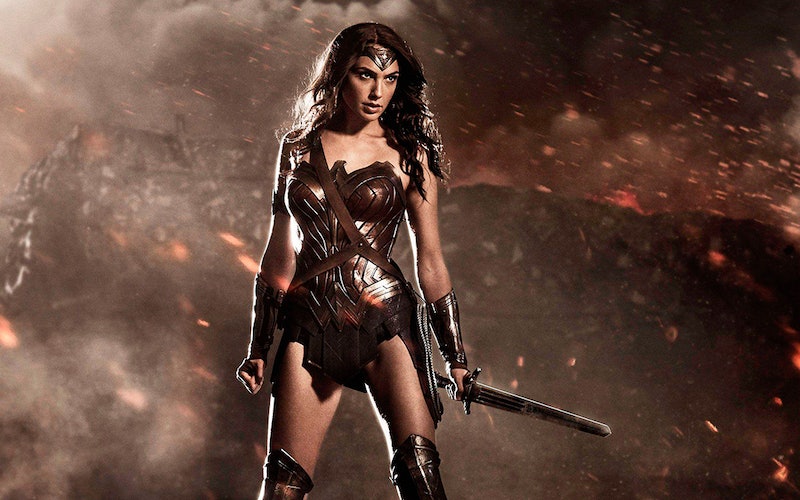 Donald Trump may be president-elect, but 2017 is giving us a double-dose of the original female superhero: Wonder Woman. In June, the Gal Gadot-starred feature film hits theaters, and in August, the official Wonder Woman young adult novel will be released as a collaboration between Random House and DC Comics. Written by New York Times bestselling author Leigh Bardugo, Wonder Woman: Warbringer tells the story of Diana Prince before she became a superhero.

Because before she was Wonder Woman, Diana was, well... a teenager.

"Diana means so much to so many people," Leigh Bardugo tells Bustle. "That's definitely daunting, but it's also why I took on this novel in the first place—because I love her, too."

In Bardugo's tale, Diana is a girl on a mission to prove herself to her warrior sisters. But when the opportunity arises, she throws away her shot at glory and breaks Amazon law to save a mortal — a mysterious girl named Alia Keralis. But as Diana will quickly learn, her brash act could lead the world to doom and destruction.

Because what Diana doesn't know is that Alia is a Warbringer, a direct descendant of Helen of Troy, and she is fated to bring about bloodshed and misery. Diana and Alia must stand together against their enemies — some of whom to destroy Alia; others who want to claim her for their own.

"I was brought on to tell my version of Diana's evolution as a hero, and it's been pretty thrilling to try to pull that off," Bardugo says. "I don't really think it's about taking liberties, because there's a varied canon already. I came to the project knowing I wanted to keep some essential elements of Wonder Woman lore intact, and that I wanted to preserve the strength and kindness at Diana's core. But I also knew I had my own story to tell and my own spin I wanted to put on her mythology."

Can't wait til next August to get your hands on this book? Here's a teaser: Bustle is proud to present the cover for Wonder Woman: Warbringer, out Aug. 29, 2017. See it below, and chime in on social media with the hashtag #WeAreAllAmazons:

"Any time I get a cover, I kind of hold my breath before I open the attachment," Bardugo says. "But turns out I had nothing to worry about—the logo, the crossed bracelets, that red star. I think it feels iconic, just like Wonder Woman should."