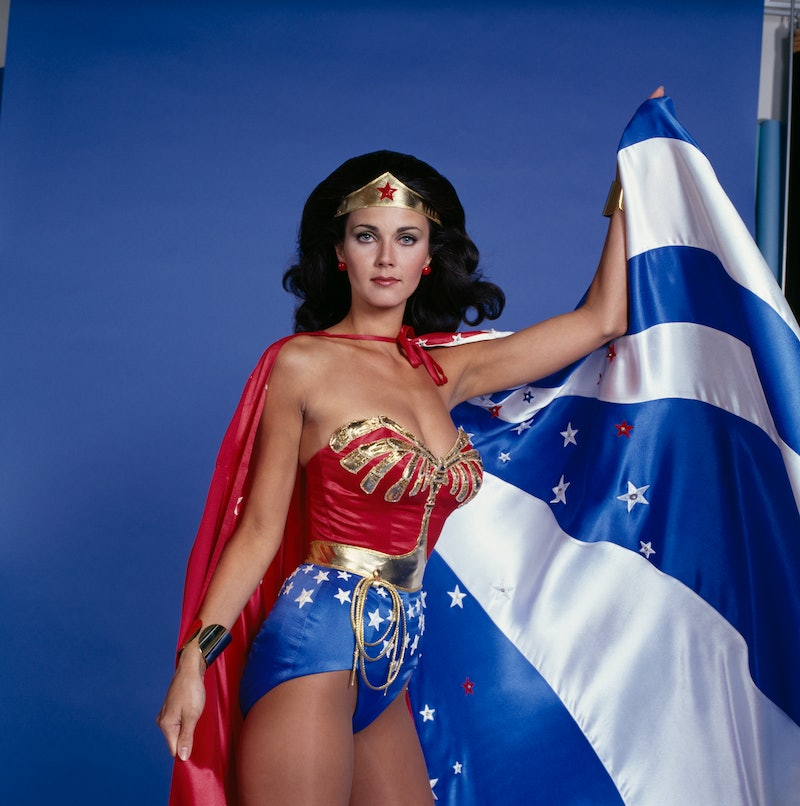 Next year, some of your favorite superheroes are coming to bookshelves in a new way, we learned Thursday when Random House announced four new DC Comics YA books starring Wonder Woman, Catwoman, Batman, and Superman. Not only that, but a few absolutely huge names in young adult literature have signed on to write each of the books: Marie Lu, Matt de la Peña, Sarah J. Maas, and Leigh Bardugo. First up is the YA novel Wonder Woman, and I'm so excited because Leigh Bardugo is the perfect person to write Wonder Woman.

Random House and DC Comics have said, in a release sent to Bustle, that the new YA novels will "embrace themes of good vs. evil, coming-of-age romance, and super heroes from unexpected places who have the determination to achieve seemingly impossible dreams." Good vs. evil? Coming-of-age romance? Super heroes from unexpected places? These are all smack dab in the middle of Bardugo's wheelhouse. And when you add in the expectations of giving respect to a feminist icon like Wonder Woman, you can rest assured that Bardugo is the one for the job.

Just looking into Bardugo's own writing in the Grisha series and Six of Crows can tell you most of what you need to know about why she's the best writer to bring Wonder Woman to YA. In particular, there are four major reasons why she's going to slay Wonder Woman.

1. Feminism Weaves Through All Her Stories

Leigh Bardugo has proclaimed herself a feminist — not that it wouldn't already be clear by the stories she tells and the female characters she creates. Wonder Woman deserves a female writer who can bring that perspective to her character, because Wonder Woman is a feminist icon; she has always fought for justice for women and was an early champion of gender equality. The character appeared on the first ever issue of Ms. magazine!

In an interview with Entertainment Weekly, Bardugo discussed how she brings a feminist lens to all her projects:

I didn’t set out to write Nina and Inej [from Six of Crows] any differently than my male characters, but like you said, the empowerment fungus gets you every time. I think I’m most deliberate in my folktales, because they’re deliberate subversions of fairy tale tropes. Rae [Carson] and I both write stories featuring a lot of women. And I think that’s the first trick to writing a feminist work: Write plenty of women. That way you get to write characters, instead of worrying about paradigms.

Yes, Bardugo can handle this whole feminism thing, no problem.

I bet you a million dollars one of the questions Bardugo gets most is about her complex world building. She's able to create imaginary worlds that feel like they actually exist. There's a reason readers can't get enough of her Grishaverse, and a reason we keep begging her to return there. Wonder Woman's world deserves that kind of care and attention. With Bardugo at the helm, I feel secure that readers will get a chance to really delve deep into Wonder Woman's Amazonian culture and heritage, which played such a big role in earlier Wonder Woman comics. And when you start getting into the world of the gods and goddesses that have shaped her character, you need a steady hand creating those stories or it could quickly go all confusing and mishmash.

3. Bardugo Isn't Afraid Of The Dark Side

The modern version of Wonder Woman, unlike Superman, isn't against killing when she deems it necessary. Bardugo's criminals-turned-heroes in Six of Crows should show you that she has this complicated hero vibe on lock.

Remember when Wonder Woman killed the villain Maxwell Lord? Then Superman and Batman turned against her even though she saved their lives because Lord was mind-controlling Superman to kill Batman? Yeah, it's that kind of murky hero stuff that Bardugo does best. She's incredible at imbuing humanity into characters even when they're doing something a bit, say, distasteful.

Plus, in the newer Wonder Woman storyline, the heroine's past is also shadowy and full of secrets, much like so many of our favorite Bardugo characters.

4. Is There Any Doubt Bardugo Knows Her Magic?

A world full of magic is closely aligned with a world full of superpowers, and Bardugo has made a whole YA writing career telling incredible magical stories. In a Q&A, Bardugo said her writing influences are Neil Gaiman, George R.R. Martin, Madeleine L'Engle, Frank Herbert, and other masters of fantasy who are able to make their magical worlds feel relatable and real. It's no surprise her work is the same way. And that's exactly what Wonder Woman needs.