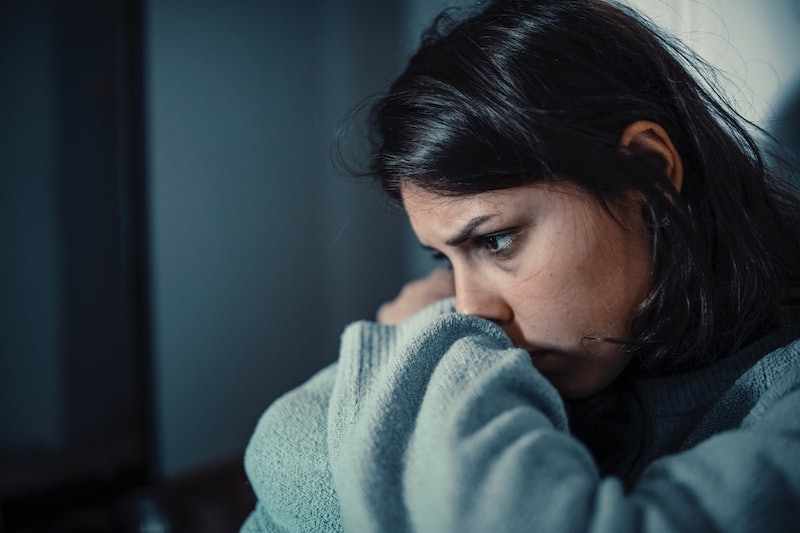 Emily May started thinking about what she and her organization, Hollaback! — which documents and combats street harassment around the world — were going to about the hate that now President-elect Donald Trump was stirring up long before we heard the results of the presidential election on Nov. 9. The first inkling that they were going to have to take action came when the “locker room talk” tape was released, but it wasn’t until her program and admin assistant sent her an email about the black church that was burned and vandalized with the words “Vote Trump” that she and her team started calling up other social justice organizations to see what they were doing and how they all were going to move forward.

While May and her allies were planning on responding to the aftermath from the context of a world where America was welcoming our first woman president — an important and hard job on its own — their job got much, much more serious when Trump was declared the victor. Reports started filtering through on social media about attacks on Muslims, other POC, women, and gender nonconforming people almost immediately.

So Hollaback! — joined by Rhize, The Dinner Party, Women, Action and Media, CTZNwell, The Harry Potter Alliance, Uplift, Sadie Nash Leadership Project, Paradigm Shift, TMI Project, The Network Innovation Fund, Breakthrough, The Faith Matters Network, The UnSlut Project, StoryCorps, and Take Back the Tech — did what they do best: document. Their project is called #MomentOfTruth and it’s a place for people to share their experiences, document them, and provide support for each other.

That feeling of unsafety is immediately evident on #MomentOfTruth. One contributor, a teacher in the Bronx, speaks of the fear her students are experiencing as she wrestles with her feelings.

My students are experiencing bone-deep fear and trauma that makes systemic oppression feel real, palpable, tangible. And I don’t know how to tell them to be strong when I am fearful as well. Fearful as a woman, as a daughter of immigrants, as a Brown person.

It’s hard not to despair as I read through these accounts of other people’s pain. This is real. This is what’s happening in a country I love, to people who should never have to fear just going outside. Isn’t that what America is about? Refuge?

But as I’m learning time and time again as this new reality settles on us, there is hope, even in the darkest moments. Another contributor to #MomentOfTruth talks about how she hopes this will be the catalyst that shakes us out of our collective complacency.

But, I’m also hopeful. This election makes the issues we’re facing as a country not just real but personal. And sometimes that’s what you need to organize, strategize and become bigger and stronger. It’s these moments where we have the opportunity to step away from the norms, the institutions, the status quo, and build our own narratives and alternative ways of gathering and activating.

If you’re looking for a space to document how you’re feeling about that crisis or any instances of hate that you’re experiencing in your daily life, head over and share your own #MomentOfTruth.