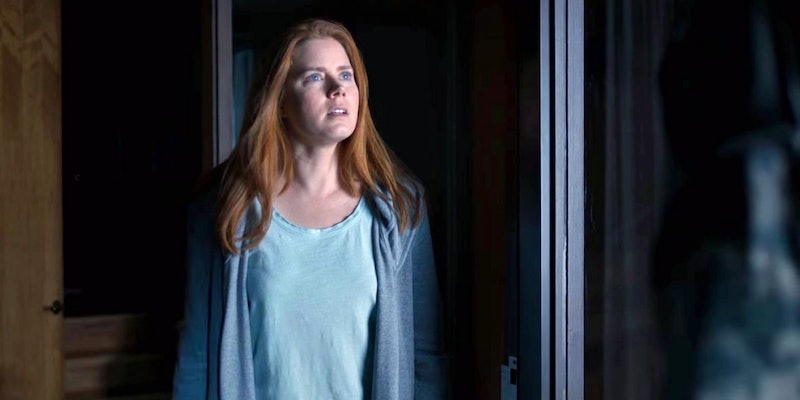 The Oscars tend to favor dark dramas and historical biopics over fantasy and sci-fi, but Arrival, Denis Villeneuve's newest film, might force the Academy to make an exception. The movie, about aliens who land on Earth and the woman (Amy Adams) tasked with understanding their language, has all the potential to be a huge awards season hit, thanks to a powerful lead performance by Adams, a smart, twist-heavy script, and a concept so real and unsettling that no viewer will be able to walk away without being shaken to his or her core. And, like, all the best sci-fi movies, Arrival leaves audiences with plenty of questions. Many of them are big ones, such as whether you'd make the same choice as Adams' Louise at the movie's end. But even the small ones stick with you long after you leave the theater, like what the bird in Arrival actually means.

Spoilers ahead. If you saw the movie, chances are that you were more focused on the massive, stunning aliens or on Adams' stellar performance than on the little canary who appears in a handful of scenes set inside the shells. Yet the bird is impossible to ignore, and its unmentioned and seemingly unnecessary presence alongside the scientists raises questions. While no answer is given in the film as to why the bird is there, and neither the filmmakers nor the cast have talked about it, some Reddit users have found their own explanations. According to user zambabamba, the bird is taken into the shell for the same reason why canaries are taken into coal mines: to test if the air there is dangerous for humans.

Since the scientists in Arrival don't know if the air inside the shell is harmful and filled with toxic gas, they need a way to test it. And so they bring in a bird, who would be injured or killed by any type of dangerous gas before they would, giving them a warning to immediately leave the shells if needed. And, as Reddit user LT_Warf points out, since the shell takes 18 hours to refill its atmosphere, the bird's declining health can be used as an alarm to tell the scientists when it's time to leave and avoid being caught in dangerous air.

Pretty cool, right? The bird may seem inessential, but it's actually key to the scientists' health and survival in Arrival.