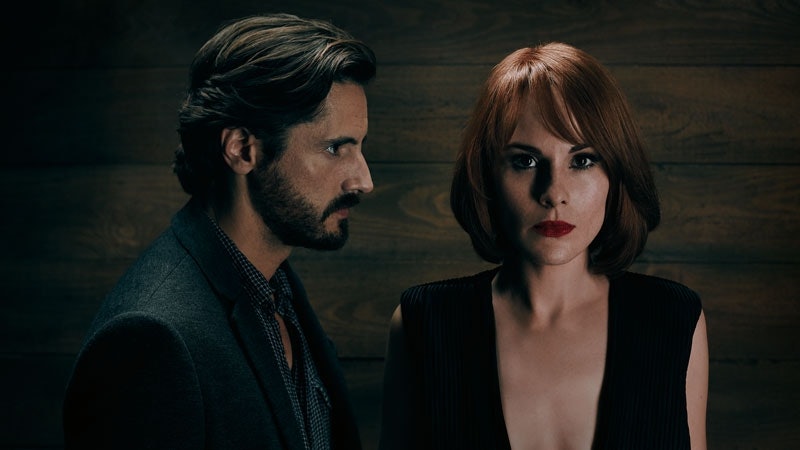 When it comes to binge-worthy television, a show has to have a few key elements: an addicting plot line, sexy and intriguing characters, and an element of danger, thrill, or surprise. It seems like this November, one new show seems ready to hit all the marks, which is just one of the reasons you should watch Good Behavior , TNT's new fall series based off Blake Crouch's interlinked novellas by the same name.

Over the last few years, there's been a new and exciting trend developing in the television industry: books-turned-TV series. Though it's not a new concept by any means — think Anne of Green Gables and Agatha Christie's Poirot and Miss Marple — TV series based off of books have become some of the most popular and most-watched shows on television. From HBO's Game of Thrones, whose sixth season garnered over 10 million viewers, to Showtime's Outlander, which one the Critic's Choice award for "Most Bingeworthy Show" this year, to Freeform's (formerly ABC Family) Pretty Little Liars , which just wrapped it's seventh and final season, TV series based on books have become staples on network's rosters, and obsessions for viewers everywhere. With another fall television season underway filled with book-inspired programming, including Good Behavior, which premiers in two parts on Tuesday, Nov. 15 at 9/8c, it doesn't seem like a trend that's going anywhere any time soon.

Based on novellas filled to the brim with mystery, action, intrigue, and plenty of sex appeal, here are four reasons you should make room in your TV so you can try Good Behavior, because with any luck, the show will be just as thrilling as Crouch's original stories.

1. It's main character is an intriguing woman.

The star and focus of Blake Crouch's Good Behavior novellas, Letty Dobesh is unlike any protagonist you've ever met before. A professional thief fresh out of prison, Letty is, for lack of a better word, a complicated character: she's an ex-con and meth addict whose trying, in her own way, to be better, if not for herself, then for her son. But things are never that simple, and neither is Letty, who seems to be at constant odds with her light and dark sides. One minute, she's breaking into hotel rooms, and the next, she's listening to positive affirmations in her car.

Letty is a flawed woman who looks danger in the eye and runs towards it instead of away from it, which sometime gets her into deeper trouble. Other times, she redeems a piece of her character she (and readers/viewers) didn't expect her to get back. An anti-hero you can't help but cheer on, Letty — who is played by Downton Abbey 's Michelle Dockery — is an intriguing character you'll want to keep watching.

2. It's an energizing thrill ride.

If the TNT show is anything like the novellas, you can expect plenty of action-packed, energizing thrills, including high-stakes burglary, hit men, faked identities, and plenty of dangerous seduction. From the main character Letty's own criminal tendencies (or, should I say, career) to the cat-and-mouse game she find herself caught up in when she decides to stop a hit man from killing a stranger, there's action and suspense at nearly every turn.

3. There's plenty of sex and romance.

If you like your TV shows with a side of sexy, you're in luck with Good Behavior. Filled with beautiful, drool-worthy characters and plenty of hot-and-heavy scenes, Crouch's novellas and the new series alike aren't shy about turning up the heat. The love affair between Letty and Javier, the hit man she decides to try and stop, is hot, dangerous, and lip-bitingly good.

But sex isn't the only thing the series has to offer — there's a some romance there, too, albeit dark and dangerous. Would you want your TV love affairs to be any other way?

4. It's a good balance of dark and light.

Like the main character herself, the Good Behavior novellas and, hopefully, the series, will balance out the dark and twisty elements with the fun and exciting ones. Though the story is filled with tragedy and pain, from Letty's addiction to Javier's profession, there are moments of pure fun and excitement too, usually in the form of a caper or a romantic interaction. A good balance of heavy and light, good and bad, Good Behavior is one thing from beginning to end: fun.

Good Behavior premieres Tuesday Nov. 15 on TNT. The Blake Crouch novellas upon which the show is based are available for sale on Amazon.

More like this
The 'Firefly Lane' Book Ending Teases Way More Tears To Come In 2023
By K.W. Colyard
'Bridgerton' S3 Teases Exciting Social Season For Penelope Featherington
By Bustle
Lib & Will’s Romance In 'The Wonder' Is Very Different From The Book
By Sam Ramsden
'Broadchurch' and 'I Hate Suzie' Casts Join Forces For Gritty BBC Drama
By Bustle UK
Get Even More From Bustle — Sign Up For The Newsletter