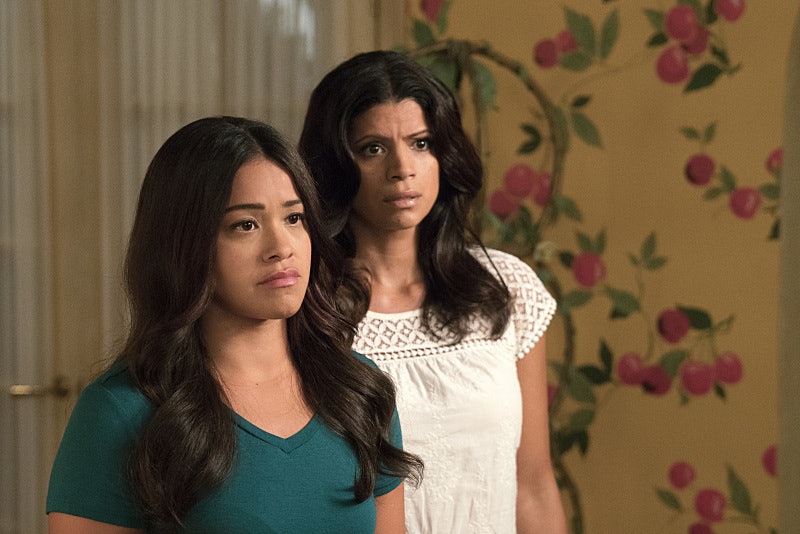 Mere days after Donald Trump was elected president, conversation around women's healthcare sprang up with renewed fervor. There has been discussion about Obama potentially saving Planned Parenthood before he exits the White House and whether women should get an IUD before Inauguration Day to not only take advantage of the ease of their access but also as a fail-safe during the Trump presidency. What we should also do, however soothing it may or may not be (and trust me, it may not be so soothing for some), is to look at the discussion of women's reproductive rights on television in 2016. More specifically, we need to examine television's most recent explorations of abortion.

If television is, like other arts forms, constantly evolving, yet still a critical reflection of the contemporary society which creates it, then the handful of TV shows which have dealt with abortion this year are saying some pretty revolutionary things. Early on in 2016, Shameless dealt with teenage pregnancy and the push-and-pull of sagacity vs. ignorance between sisters. In "#AbortionRules," the younger Gallagher daughter, Debbie, is determined to prove to unofficial family matriarch and older sister Fiona that she can take care of her baby. Debbie carts around a sack of flour, treating it like a child. Fiona implores her to get an abortion if only because she is so young and so ill-equipped to be a young mother. Ultimately, Debbie decides against abortion.

Shameless' abortion discussion is a beginner's guide of sorts to understanding how television speaks about abortion. Teen pregnancy is that starting point for television's conversation around abortion (think about it: MTV has made real-life teen pregnancy a veritable cottage industry). In its fictional format, teen pregnancy and a possible abortion relies on the pregnant teen being convinced by those closest to her — often the women in her life — that her future is at stake. Her chance to go to college, go out with her friends, find stable work, and possibly even a stable relationship (teen relationships are often seen as quick-burning, lusty things) are often called into question. This process isn't unfamiliar to viewers.

In 2016, though, we've move away from broad depiction of abortion on television into more nuanced territory. BoJack Horseman, You're The Worst, Jane The Virgin, and Crazy Ex-Girlfriend have all featured episodes in their latest seasons where having an abortion and the integral physical, moral, and emotional ramifications were discussed. Older women, married women, and women of color got a voice this year to understand how America is conceptualizing the abortion conversation. This is a big step forward in television's ever-evolving understanding and portrayal of the myriad choices and major decisions that come with having an abortion for women in real life.

BoJack Horseman' s portrayal of abortion made it a point to not stigmatize the pregnant Diane, but rather let the conversation revolve around openly discussing all the options with her boyfriend and remaining resolute and not guilt-ridden while she was at the clinic having the procedure done. BoJack Horseman of course brought some morbid humor into play (Diane is forced to watch videos of happy children on loop in an attempt to change her mind) but the removal of the shame and guilt that is so often heaped onto women seeking an abortion is refreshingly unseen.

Guilt, however, does factor into Xo's abortion on Jane The Virgin and Paula's indecision on abortion on Crazy Ex-Girlfriend. What is so fascinating with Xo and Paula's abortions is that their decisions are filtered through the lens of motherhood. Both women are middle aged. Xo was once a teen mom and is now a grandmother. Paula is a working mom to two teen boys and lives in a more traditional nuclear household. While the circumstances of these mothers are different, both women are entering reinvigorated professional lives and are faced with the possibility of moving away from the confines of motherhood in attempt to redefine themselves when they suddenly fall pregnant.

On You're The Worst , Lindsay's abortion is dealt with so matter-of-factly that it feels more bold than Jane The Virgin's outright discussion of the subject. Lindsay's pregnancy was begat through some seriously morally and ethically ambiguous circumstances (she froze her ex-husband's sperm and then one night proceeded, drunkenly, to microwave it and, well, use it). What really makes Lindsay's abortion iconic is her incredibly casual summation of the entire affair: "Let's go get the abobo," she proclaims and off she goes with her BFF Gretchen in tow for moral support. She's undeterred by protesters outside the abortion clinic. She eats pie with Gretchen afterwards and soon, the conversation moves on to other life crises. It's not that You're The Worst take a dim view of abortion by treating it like getting your tires changed. Instead, the show makes a case that abortion is a life-changing event that is possible to survive, physically and emotionally. Lindsay's feelings about the procedure may come up in a later episode but for now, her decision hasn't compromised her quality of life and that, my friends, is radical.

So, why do we need to keep talking about abortion on television in 2016? I wish I could say that the above examples were some that I had culled from a huge selection of abortion storylines all over television. Sadly, these five examples are, for the most part, all television has offered us in recent months. Furthermore, these abortion storylines are limited to one or two episodes, eschewing a longer exploration of the intensity surrounding the procedure. Series need to explore this topic more, full stop. The need for shows to understand and promote discussion of a very real and present issue that affects viewers is strong, especially in a world where those rights are threatened and possibly up for recall.

Television is a reflection of our society and our society is constantly in some form of debate about abortion. So while I'm not saying we need all television shows to shoehorn in an abortion storyline (that would be counterproductive), it would be helpful if the the amount of shows actually discussing the topic weren't so few, not in 2016 and not when women are more vocal and more eager to know and embrace their rights. If television writers can find more ways to meaningfully explore the topic of abortion, there's no time like the present to usher in an era of greater understanding of the issue, and hopefully, empowerment.