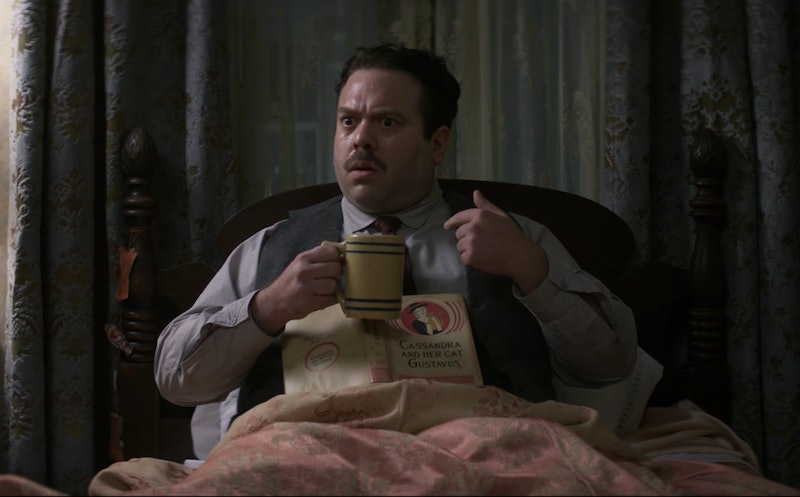 For most children, teens, and young adults, it is nearly impossible to remember a time when the word "Muggle" was not in our vocabulary. The word, which means non-magical people in the Harry Potter world, was a staple of the Harry Potter book and movie series and, therefore, of our lives. So, when American fans heard author J.K. Rowling's new American term for non-magical people, "No-Majs," many were disappointed. In a No-Maj vs. Muggle competition for the best word, there's no doubt that Muggle takes the win. However, the No-Majs have something Muggles never did: a main character in Fantastic Beasts and Where to Find Them .

In America, the word No-Maj is simply slang for "no magic." It's not exactly a fancy term, nor is it particularly significant historically. According to Rowling's "History of Magic in North America" published on Pottermore, "every nationality has its own term for 'Muggle.'" America just happens to have "No-Maj." It's not a great word — as the negative fan reaction proved. And it probably won't have the cultural impact of "Muggle," which, let's not forget, is officially in the Oxford English Dictionary as meaning "a person who lacks a particular skill or skills." So, Americans might not have the best term for a non-magical person, but it's worth noting that it's an American No-Maj that will be the first Muggle main character in a Harry Potter film.

In Fantastic Beasts and Where to Find Them, Jacob Kowalski (Dan Fogler) is the only No-Maj main character. Not only that, Jacob is the first non-wizard character to lead the way in any Harry Potter film. Finally, No-Majs are getting a seat at the wizarding table. In the film, Jacob meets Newt Scamander and gets caught up in his wild adventures with magical creatures. And, because Newt doesn't think wizards and Muggles/No-Majs should be kept so strictly apart, he decides to let Jacob tag along on his magical adventures instead of erasing his memory. In the trailers, Jacob is seen going into Newt's suitcase of magical beasts, entering into the home of witch sisters Porpentina and Queenie, and even wishing he was a wizard.

Given that Jacob is the first No-Maj main character in the HP series, it's only natural to want to know everything about him. Unfortunately, like most of the characters introduced in Fantastic Beasts and Where to Find Them, there isn't too much information out there on Jacob, but here's what we do know. Jacob is a war veteran, according to Collider, having recently returned home from fighting in WWI. He becomes friends with Newt after one of Newt's magical creatures escapes and bites him (ouch!), and later befriends a Demiguise, one of the magical creatures.

Disappointing "No-Maj" label aside, I think it's clear that Jacob is going to be the best non-magical character yet. And, for that, fans can excuse the underwhelming American term for "Muggle."