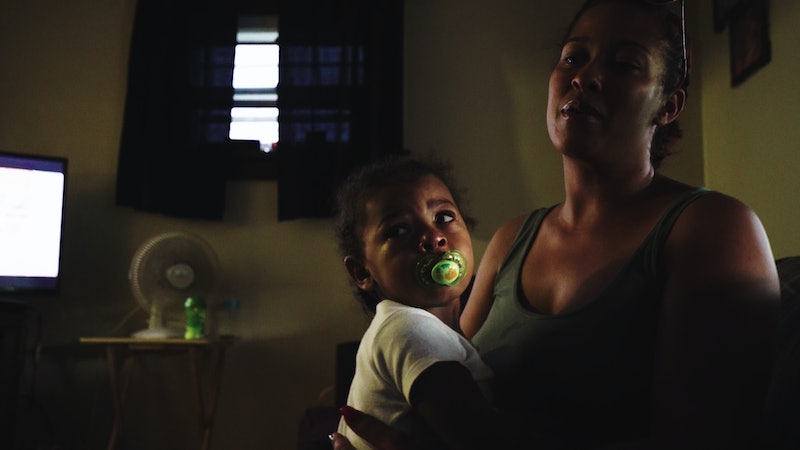 The recent presidential election brought women’s reproductive health to the forefront of the political conversation. Now that President-elect Trump has reiterated that he would appoint a pro-life Supreme Court justice, many women are worried about the possibility of abortion and other women’s health services being taken away. This episode of Bustle’s NSFWomen documentary series takes a look at women who decided to become pro-choice activists after having abortions.

The restrictions on abortion enacted in the past five years make up more than 30 percent of all restrictions since Roe v. Wade in 1973. The increase in restrictions has encouraged women in the Cleveland, Ohio, area to become involved with activism.

“There's so much that needs to be done in our communities, and the work needs to start from the ground,” Nikki Johnson, a 29-year-old Ohioan, tells Bustle. She became a member of the Patients to Advocates group after she had her abortion at Preterm Clinic, in Cleveland, Ohio. She thinks it’s important that other women have access to the choice that she did.

“I feel like I'm a better parent to my children for making the decision to have an abortion,” Johnson tells Bustle. Johnson is raising four children. Her son is 1 year old, and she also has custody of her sister’s three children, who are 10, 6, and 3. Johnson had an abortion when she found out she was pregnant again before her son turned 1.

Eight abortion clinics in Ohio have closed in the past five years. The state also enforces numerous conditions on women in order for them to get an abortion Ohio has a 24-hour waiting period, which requires at least two appointments prior to the procedure — if a woman lives far away from a clinic, she will need to find the time and money to travel. After finding a clinic, protesters can be an obstacle, too.

“Patients have to sort of walk the gauntlet, coming in amidst the graphic signs and aggressive shouting,” Nancy Starner, director of development and communications at Preterm, tells Bustle.

The Hyde Amendment is a temporary law, approved every year, that prevents federal money from being used to pay for most abortions. This means that having an abortion, a procedure that can cost anywhere from $425 to over $800 in the Cleveland area, has to be paid for out-of-pocket.

Ariana Menefee, a Patients to Advocates member, tells Bustle that she had half of her procedure paid for by Preterm because Medicaid will only pay for abortions if the pregnancy is proven to be caused by rape or incest. Last year, Preterm offered financial aid to 83 percent of their patients. Because it specifically limits patients on Medicaid, low-income women and women of color are disproportionately affected by the Hyde Amendment.

“Low-income women in Ohio, especially, face barriers. The women who are most vulnerable will have the least coverage,” says Starner. “Financial restrictions are a really powerful way of controlling low-income women. Women with resources can more easily get around all of these barriers, and it's the women with the fewest resources who are really stuck.”

The laws in Ohio are similar to laws in states across the country. Clinics have closed in almost every state, and the Hyde Amendment is in effect nationwide. If you’re interested in learning more about access to reproductive health for women, organizations like NARAL, Planned Parenthood, and the Guttmacher Institute offer information about reproductive services.