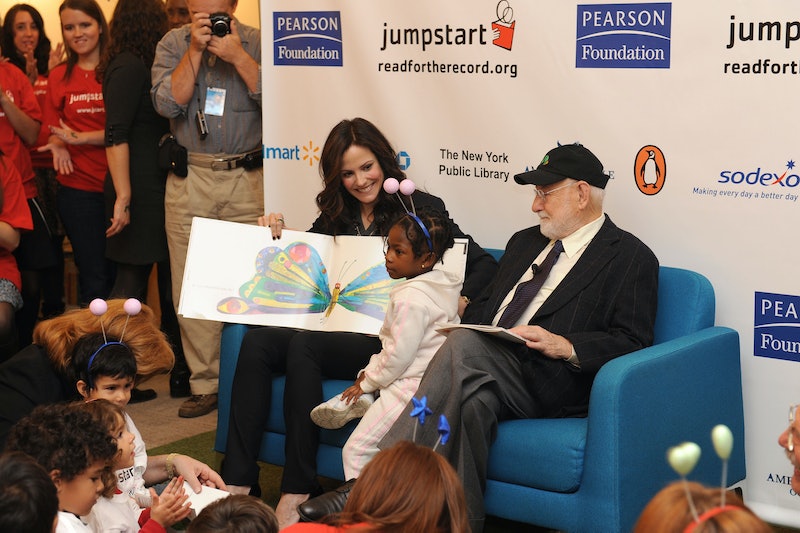 Move over, Winnie the Pooh, you shameless con artist. Scientists say that when young children are exposed to books with anthropomorphized animals — lions that talk, bears that feel jealous, flamingos that struggle with shopping addiction due to unresolved mommy issues — they learn erroneous facts about the animal kingdom, and grow up believing that all bears are in fact "of very little brain," dangerously obsessed with honey, and best friends with a tiny pink pig.

First of all, asking anyone to remember facts about "cavies" sounds like a pretty daunting task to begin with. But mostly, this study is basically saying that biology textbooks are better representations of the natural world than The Very Hungry Caterpillar. Um, yes. That is correct. Patricia Ganea, the researcher behind the study, concludes, "if you want your children to learn more facts about animals, it would be better to use books that are more realistic." I'd like to meet the parent using Winnie the Pooh in lieu of a science lesson — actually, the Department of Education might like to meet that parent, too.

Sure, thousands of kids do in fact believe that The Very Hungry Caterpillar and The Velveteen Rabbit are real creatures that can talk and feel and might someday fly through their bedroom window if they're very, very good. But kids grow up and realize what's real (animals!) and what's not real (animals that speak perfect English!). In fact, isn't that one of the amazing things about childhood? That unfettered belief?

The point of children's stories is to stretch a kid's imagination, maybe creating a little empathy in the process, and historically, nothing's captured little kids' imaginations like a talking animal. There's a time and a place for hard scientific truth — but bedtime stories have always been the realm of dreamers, and they should stay that way.