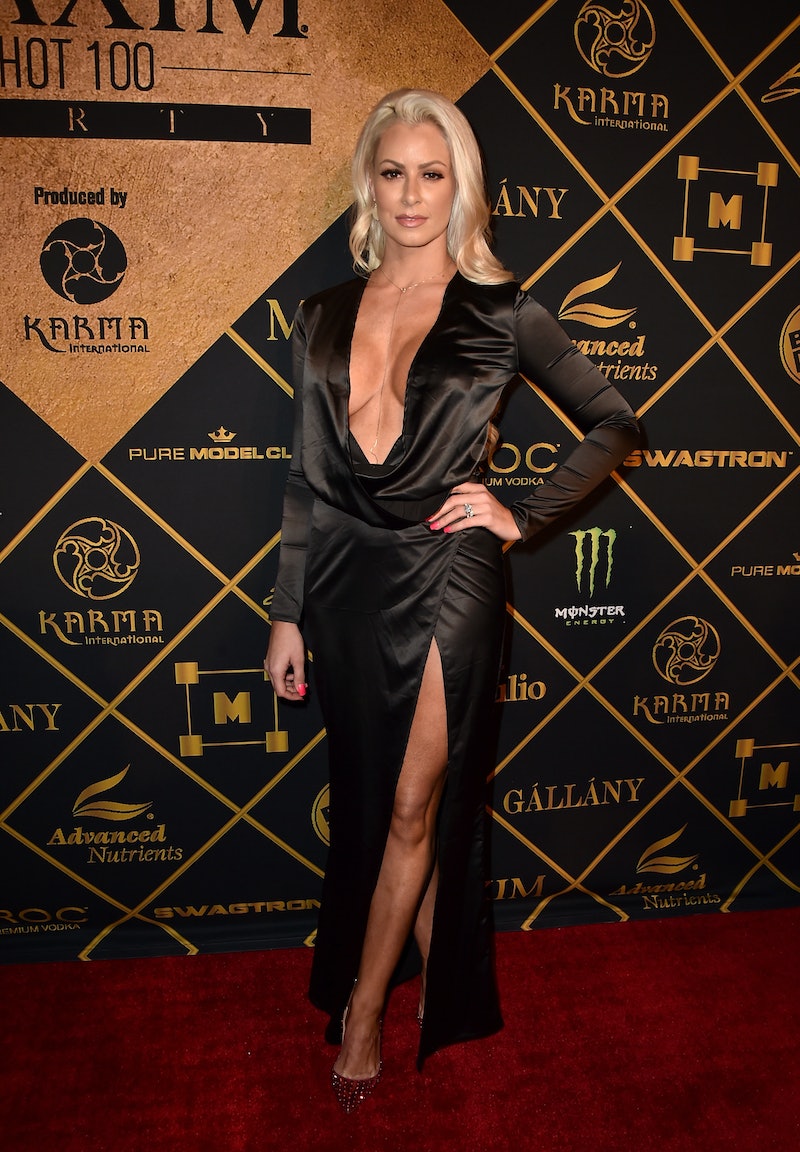 E! Entertainment’s Total Divas returned for a sixth season on Wednesday, Nov. 16. And, with it, came a new diva in town, WWE’s professional wrestler Maryse. But, who is Maryse Ouellet from Total Divas? The WWE star joined Total Divas, the series chronicling the personal lives of female pro wrestlers, alongside her husband, fellow WWE star The Miz (Mike Mizanin). Maryse and The Miz recently spoke with E! about what audiences can expect from the couple during Season 6 of Total Divas. The French-Canadian wrestler teased that while the show is going well, the season will “for sure” have some “tension.” She added:

"It's definitely different than filming for the WWE because obviously it is the behind-the-scenes … People will get to see my life with my husband, my life at home, my life with my animals, my family, how it is on the road, and how it is backstage. When it comes to this show it's the real thing. It's real life, things that you don't see online, so it's going to be fun to see."

Though Maryse teased tension on her season, it probably won’t be with her husband. In the same interview, she gushed about working side-by-side with The Miz, saying, “Some couples find it hard to be together all the time but I think we're a good team and we get along really well.”

While fans are anxious to see what it’s like in the Mizanin household, there are some things you can already learn about the WWE stars from their online profiles.

She Has Been Married To The Miz Since 2014

According to Bleacher Report, the couple was married in 2014, and it seems like they've lived happily ever after so far. In the E! interview mentioned above, Maryse said "[The Miz is] the perfect man for me."

Her Signature Move Is The French Kiss

A perfect blend of her French-Canadian roots and feminine WWE power.

She Is An Actress

Maryse is in the SyFy network movie, Isle of the Dead.

I wonder if the show will give us a peek at the new digs?

Whether she's advocating for animal adoption or posting pictures of her own fur babies, it is clear that Maryse is an animal person. Just look at how cute her dogs are!

I can't wait to get to know Maryse, The Miz, and their adorable pups better this season on Total Divas.