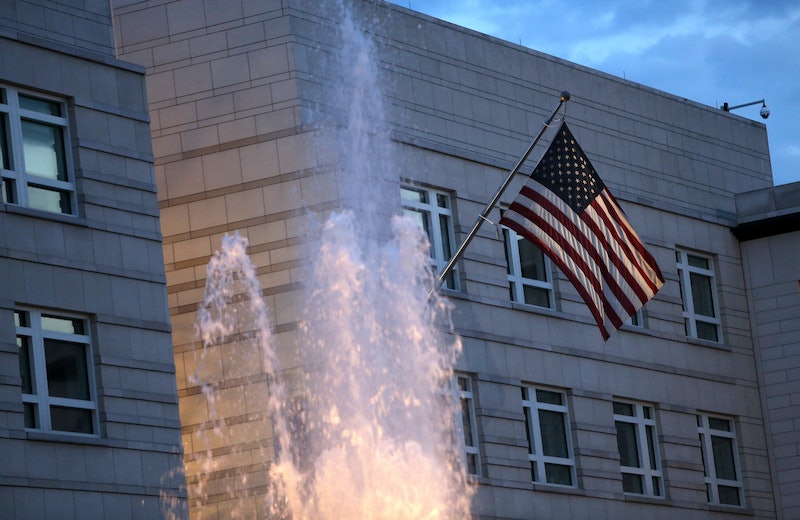 It’s been known for some time that the NSA once tapped the personal cell phone of German Chancellor Angela Merkel, but it looks like that’s only the tip of the iceberg. According to the latest Edward Snowden leaks, the NSA has spied on no less than 122 world leaders, including Syria’s Bashar al-Assad and Yulia Tymoshenko, the once-and-maybe-future leader of Ukraine. And these weren’t just done on a whim: The NSA obtained top-secret court orders for many of these operations.

New documents obtained by Der Spiegel contain a partial list of all of the world leaders whose communications have been monitored by the NSA. The presidents of Guatemala, Colombia, Mali, Belarus, Peru and the Palestinian Authority were all targeted, as was the Prime Minister of Malaysia. That’s in addition to Assad (whose name, oddly, is misspelled on the document) and Merkel. While the list only contains 11 names, the numbering indicates that 122 leaders in total were subject to monitoring.

The documents also show that in 2013, the Obama administration requested a top-secret court order from the Foreign Intelligence Surveillance Court, widely seen as a rubber stamp for the federal government, to spy on Merkel, which it was granted. Similar court orders were obtained to monitor the communications — both of governments and private corporations — in China, Mexico, Japan, Venezuela, Yemen, Brazil, Sudan, Guatemala, Bosnia and Russia.

Oh, and the NSA wasn’t acting alone. The new leaks also show that GCHQ, Great Britain’s NSA equivalent, listened in on several private German companies, include two satellite communications providers and a security contractor. And while the documents are unclear on this point, they suggest that the NSA may have partaken in the monitoring.

More like this
Watch Jacinda Arden’s Devastatingly Honest Resignation Speech
By Sam Ramsden
What The UK Blocking Scotland’s Gender Recognition Bill Means
By Sam Ramsden
Man Meets Politics: ‘Boy Meets World’ Star Ben Savage Is Running For Congress
By Jake Viswanath
5 Striking Parallels Between Princess Diana & Prince Harry’s TV Interviews
By Catharina Cheung
Get Even More From Bustle — Sign Up For The Newsletter
From hair trends to relationship advice, our daily newsletter has everything you need to sound like a person who’s on TikTok, even if you aren’t.