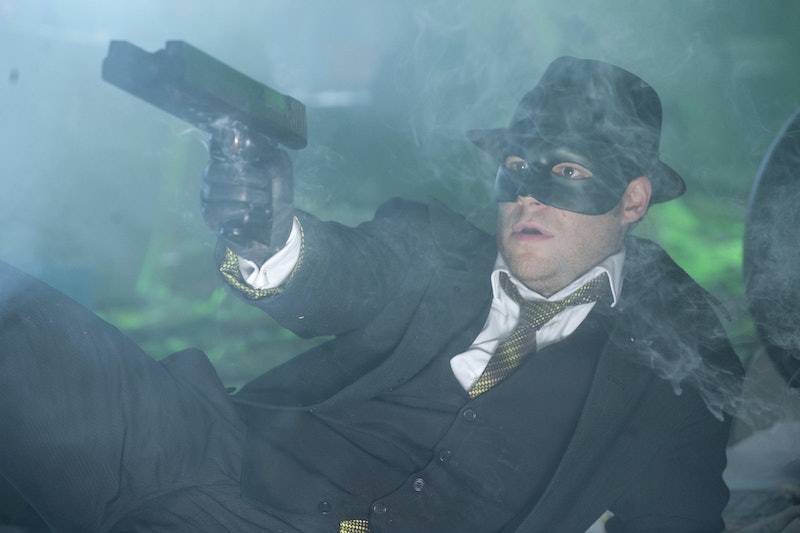 We've all heard this before: "They're remaking [insert super hero movie here] but it's going to be different from the last time... it's definitely more gritty." Well, make sure you have a glass of water ready for a spit take, because we're about to hear it again. According to Deadline, Gavin O'Connor is set to direct a Green Hornet remake for Paramount Pictures and Chernin Entertainment that will totally rebrand the character. In the past, the character of Brett Reid — a billionaire playboy who works undercover with his assistant, Kato, to fight crime while also being considered a criminal for his feats— has been portrayed in a campy and comedic way. Examples of this campiness include the 1970s series starring Van Williams and Bruce Lee or the 2011 comedy movie starring Seth Rogen and Jay Chou. But this time, things are going to be different.

I know, I know. We've heard this before. It's going to be an edgy superhero story, and the grit will make it seem less fantastical and something audiences can really get behind. Sometimes this tactic works (I'm looking at you Christopher Nolan's Dark Knight) and sometimes it really doesn't (as evidenced by Ben Affleck's face in that one gif). But let's all give director Gavin O'Connor a chance. After all, he's fresh off The Accountant, a 2016 movie that totally grasps the concept of grit.

Besides, O'Connor really has his heart set on this film and has for years. He told Deadline, "As a kid, when most of my friends were into Superman and Batman, there was only one superhero who held my interest: The Green Hornet. I always thought he was the baddest bad*ss because he had no superpowers. The Green Hornet was a human superhero.” He sees more to the story than two goofy guys committing crimes like a modern day Robin Hood and sidekick; in fact, he wants to "bring gravitas" to the hero and get rid of the "camp and kitsch of the previous iteration." His lofty goal is to "mythologize The Green Hornet in a contemporary context, with an emphasis on story and character."

Only time will tell if O'Connor and the team he assembles will have what it takes to give Green Hornet that (dare I say overdone) gritty reboot treatment. Will the new reboot make this "modern Hamlet," as O'Connor calls him, relatable? Stay tuned, superhero fans.