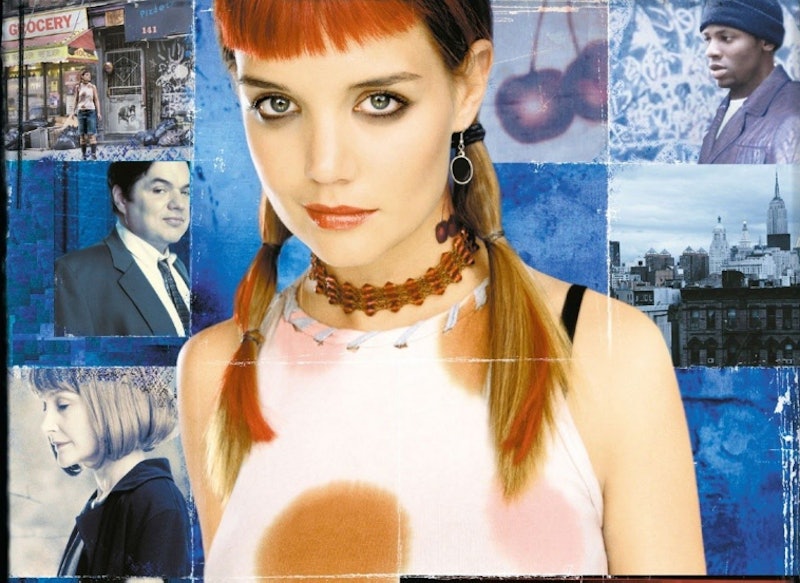 As history has shown, actors who achieve success through popular teen TV dramas are more likely then not going to turn to dramatic or controversial roles to break free from their pasts once the shows that made them famous come to an end. When Dawson's Creek, for instance, concluded in 2003, its star Katie Holmes, who played the girl-down-the-creek Joey Potter immediately jumped on-board the indie drama Pieces of April. All these years later, though, the film isn't just memorable for Holmes' dramatic acting showcase or her departure from Dawson's Creek; it's also a perfect movie to watch over Thanksgiving, due to its holiday setting and its all-too-relatable tales of family dysfunction.

Pieces of April tells the story of April Burns, the eldest daughter of a dysfunctional family who decides she's going to host Thanksgiving dinner for her traditionally suburban family in her tiny Lower East Side New York apartment. Her mother is dying of cancer, and her younger sister doesn't want to come, but the family treks in from an unnamed suburban town, agreeing to join April in the city. The movie's plot follows their journey, April's attempt to cook a huge meal once she realizes her oven is broken, and the plight of her boyfriend as he tries to find a suit to wear to impress her family. It's a funny, tragic, and biting movie that highlights the importance of family bonds, even amidst struggle and animosity.

The film totally feels like it was intended to be Holmes' breakaway from Joey Potter, and it works. Between April's gritty dialogue, her caustic look of harsh eyeliner and brightly dyed hair, and her overt sexuality, the charater couldn't be farther apart from Holmes' role on Dawson's Creek. And the star does an absolutely brilliant job in the part. Unlike her performances in 1999's Go or 2000's The Gift, Holmes' work in April is that of a fully-formed actor capable of an impressive acting career post-Dawson's.

But, as said, Holmes' performance in the film isn't the only thing that makes Pieces of April worth re-watching, especially during Thanksgiving. That appeal comes from how the movie totally nails how even the most dysfunctional families can come together in times of need. I'm not gonna lie, folks — April can be rough at times. Between the cancer, the estrangement, and the bitterness back and forth, some viewers might find the Burns' troubles hitting a little too close to home. But, much like in another holiday movie, The Family Stone, it's the Burns' willingness to look past their differences and love one another no matter what happens that makes it such a good Thanksgiving film.

Some of you are probably dreading heading home for Thanksgiving, and with this most recent election, it seems like more families are divided than ever before. But if the characters of April can get therough their fights and bickering, so can you. So this Thanksgiving, sit back with a second plate of turkey and watch Holmes break away from her teen TV roots and put out one of the best performances of her career in a film that captures a realistic family dynamic in the most entertaining way possible.