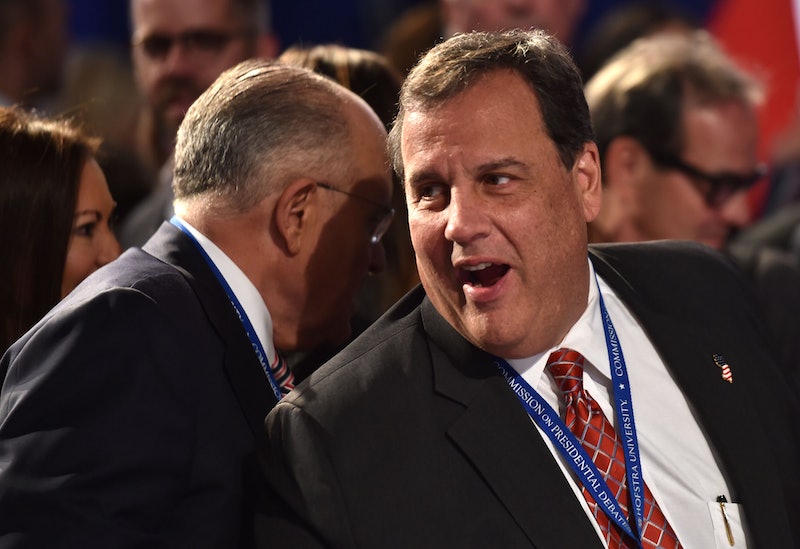 After giving up on his own chance of securing the Republican nomination for president, New Jersey Gov. Chris Christie seemed to tie his political future to Donald Trump. He was the first governor to endorse the now president-elect, and Christie has spent the months since on the campaign trail and overseeing the transition team — until last week that is. With the Bridgegate scandal rulings in his home state, Trump replaced Christie with Pence and demoted several other Christie loyalists. He cannot run for governor again (and if he could he's deeply unpopular). So what will Chris Christie do now?

That's a good question. There's still a chance that he will get a position in the Trump administration. He won't be chief of staff as was once thought; that position has been filled by RNC Chairman Reince Preibus. Also the job of chief strategist has controversially gone to Steve Bannon. (Trump has been asked to rescind the hire for Bannon's work on alt-right website Breitbart News.) So where would Christie fit? There are still some options, if somewhat limited.

The Asbury Park Press reported that Christie has also been considered for attorney general or even director of Homeland Security, but that could be a tough sell to the Senate, who must confirm the appointments. Christie has not faced criminal charges in the bridge closure but he was found guilty last month of knowing about the closed lanes in a trial brought by a citizen — but Christie has appealed that and it won't be heard until next year and may still be thrown out.

Whether he did or not, this could become a contentious point in confirmation hearings. Another option put forward by The Press is the lead spot at the RNC, now left vacant by Priebus. They note that Christie is a talented fundraiser with plenty of contacts that could become useful. He would have to run for the position so there is no guarantee.

Christie, for his part, has publicly said that none of this is personal and he and Donald Trump will remain friends whether he joins the administration or not. He noted that he has spoken to the president-elect many times in the past week:

He knows after 14 years that no matter what he decides, we're going to be friends, and as I was there to help him during the campaign, I'll be there to help him as president, whether that means I'll decide to take a position, if offered, in the administration.

That may well be true, but that's kind of also what you need to say to stay in the running. It may not matter though if stories in The New York Post are true. They claim Trump is disgusted by Bridgegate. Only time will tell if Christie gets a job. Otherwise it's back to being governor and then a return to private life when his term ends.