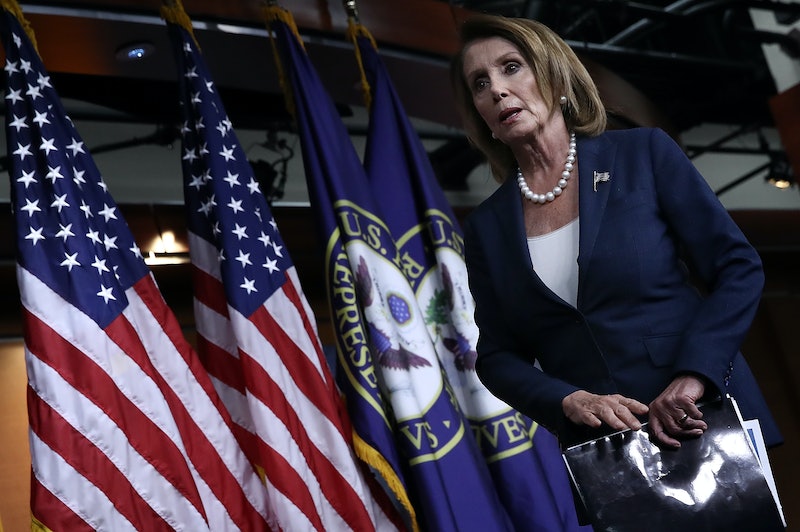 There’s no way around it: it’s a lousy time to be a Democrat. There’s a special kind of bruise that comes from having outperformed your opponent, but still losing badly. But I believe that if there’s one positive thing that might come out of this election season, it’s that the Democratic party is finally receiving the rude awakening it needs. Amidst this wake-up call, there has been questioning about who is best suited to take the party forward, and on Wednesday, after a delay in a leadership vote, Nancy Pelosi stated her desire to continue as House minority leader in a letter to her Congressional colleagues. With two-thirds of the Democratic caucus supporting her — which she stated she had in her letter — she’ll likely grab the post, but she needs to remember: the eyes of the left are watching, Nancy.

There’s a lot of soul-searching going on in the Democratic party, a lot of it predicated on the idea that Hillary Clinton was our sure-shot candidate, even more so when up against a joke of a candidate like Donald Trump. That she and the Democrats failed, and failed so spectacularly (if, again, still receiving more votes) forces a reevaluation of the calculus Democrats use to orient themselves within the wider political world. Like it or not, Pelosi is a part of the old calculus.

That doesn’t mean that she can’t be a part of, or even lead, the new Democratic party, but it means that business needs to be as far from usual as possible. I believe that the Democrats as a party need to retrench themselves as an opposition minority party, becoming master tacticians in their resistance to the Republicans.

Which leads me to ask: would Pelosi even want to be a part of this new kind of Democratic party? The first woman Speaker of the House is, undoubtedly, a master fundraiser, but one of the lessons coming out of the 2016 race is that even the mighty Clinton war chest couldn’t ward off electoral disaster. It suffices to say, money alone is no longer destiny, or at least, not in Democratic politics.

If she retains the leadership position, as it appears she will, Pelosi must embrace it as a vanguard of progressivism and liberalism; along with Sen. Chuck Schumer, she will be the most visible Democrat in government. I believe that this is not a time for moderation or compromise — it is a time for outrage. And even if the Dems will get out-voted on every issue, they must decry every cruel move taken against immigrants, every step backwards in civil and women’s rights, and every tax cut aimed at removing services from the poor for the tax-benefit of the wealthy.

My sincere hope is that Pelosi is up to the task, but if she isn’t, don’t worry: we’ll notice, and we won't forget.