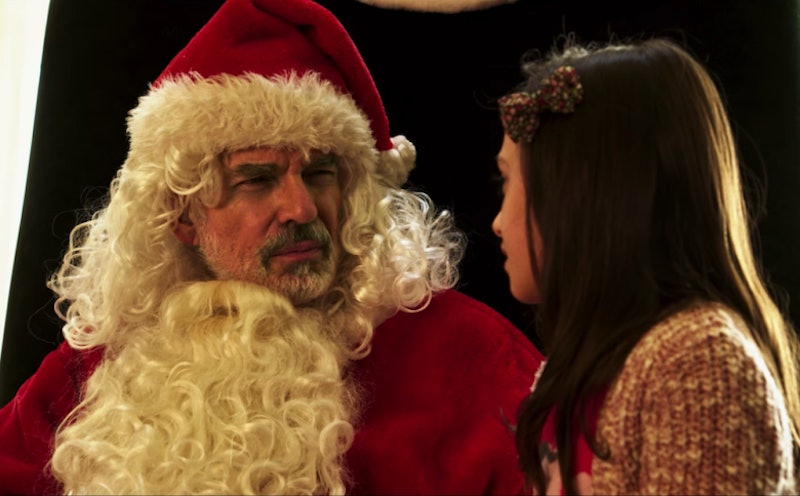 When Bad Santa was released in 2003, a sequel to the film seemed like a sure thing. It was an original Christmas movie with solid reviews, good box office returns, and plenty of replay potential. And indeed, the movie has gone on to become a staple of cable television throughout the months of November and December every year like other holiday classics that came before it. But for some strange reason, it took a whopping 13 years for a sequel of the film to be produced. So with Bad Santa 2 now arriving in theaters at long last, fans are wondering: Just how many Bad Santa movies will there be?

It could be a while before fans find out. Given that it took such a long time for the first sequel to be made, it's not a definite that Bad Santa 3 will happen. News first arose of Bad Santa 2 way back in 2009, with a planned release date of 2011. But after a number of rewrites and director changes, the movie only started filming until 2016, so it's not clear if Bad Santa 3 is even on the horizon yet for the filmmakers.

Yet if Bad Santa 2 proves to be a profitable film, there's certainly a chance that more sequels could be made. Star Billy Bob Thornton himself said as much while speaking with the rest of the cast at EW PopFest last month. The actor stated that there has been talk of a potential third film, and said that both he and co-star Tony Cox would like to see the next movie take place in an exotic new setting.

"We know one thing. If they ever do another one — of course we have to see how this one works out. We think we got real close on this one. We love it. But you don’t know. You never know if it’s going to do as well as the first one. Maybe it will, maybe it won’t," Thornton said according to EW's Christopher Rosen. "But in case there is another one at some point, Tony and I have already put in our request that it either be in Hawaii or Vegas. I think Tony wants Vegas."

Bad Santa in Las Vegas? At least they won't have as much trouble finding a screenwriter if they decide to go in that direction, since that's a movie that practically writes itself.

More like this
What’s New On Netflix: A Victoria Justice Rom-Com & The Return Of David Letterman
By Arya Roshanian
Shocked Fans & Former Co-Stars React To Ray Liotta’s Death At 67
By Grace Wehniainen
Everything To Know About Marvel’s 'Thor: Love And Thunder'
By Grace Wehniainen
Sadly, 'Fantastic Beasts: The Secrets Of Dumbledore' Isn’t Streaming — Yet
By Arya Roshanian
Get Even More From Bustle — Sign Up For The Newsletter