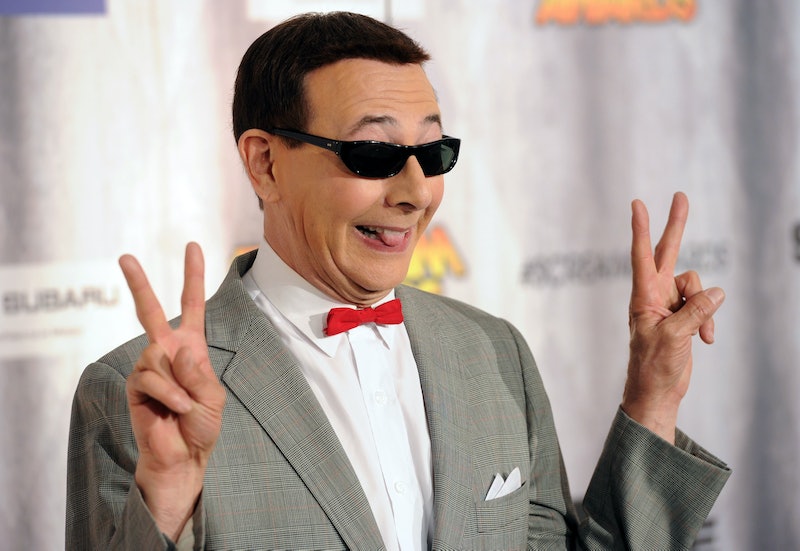 We’ve spent so much time lamenting Hollywood’s incessant drive to churn out sequels and reboots of all the things we used to love, things we’re afraid they’ll retroactively tarnish, that we didn’t consider the far worse possibility: sequels of things we never liked in the first place. Sequels that, without the benefit of nostalgia, couldn’t possibly appeal to audiences today… but that, mysteriously, find their green lights. Today, we face a trio of prospects that any logical thinker would deem D.O.A.: a second John Carter film, a Bad Santa sequel , and — our gold-winning champion — a new Pee-Wee Herman movie. Which each of these being tossed around as a possibility,

Here’s the scoop with the potential John Carter follow-up: the property rights have emancipated from Walt Disney Studios, reverting back to creator Edgar Rice Burroughs’ personal estate. After the tremendous box office and critical failure that was Disney’s 2011 John Carter effort — if that is not too much of a misnomer — you’d be batty to think that any studio would be interested in forking money toward a new movie for the otherwise largely unfamiliar novel character.

Apparently, the Burroughs are a batty folk. With the rights back in its possession, the estate is seeking a new creative force brave enough to send Taylor Kitsch—or, more likely, an unknown actor who looks Taylor Kitschy enough—back to the red planet. Estate President John Sullos might be determined to bring this project to life once more, but an American box office gross of only $73 million (and barely toppings its $250 million budget in worldwide intake) and a decidedly rotten critical rating don’t exactly bode well for another trip to Barsoom.

To be fair, this one is the most palatable of the lot. Bad Santa earned relatively positive critical reception when it released 11 years ago. But even then, the film didn’t exactly slay at the box office, taking in a fair domestic gross of $60 million.

This follow-up feature, introduced as a priority by Billy Bob Thornton, is already suffering from its predecessor’s admittedly modest shadow. Thornton himself isn’t convinced that a Bad Santa 2 can live up to the original: “We’re never going to beat the first one, but you got to get as close as you can,” he said during a Q&A at Loyola Marymount University's School of Film & Television. Not exactly breeding confidence.

Furthermore, without a script or story yet conceived—as Thornton suggests at the Q&A — he and director Terry Zwigoff are launching from the simple idea that another Bad Santa would be fun to make, rather than the impulsion to continue the story organically.

Without guarantee of the Coen Brothers back on board as producers (they’ve got an awful lot on their communal plate these days), the lengthy interim period between films weighing down the buzz of whatever Bad Santa fandom there may have been, and Thornton’s own subdued expectations of the project, it doesn’t quite look like we’re gearing up for the next

This one elicits a chill. When Pee-Wee Herman creator and portrayer Paul Reubens told Rolling Stone that he was working on (and rather excited about) a new feature film for the character, I didn’t simply ask, “Who’d want this?” like with the others, but in fact, “Who’d let this happen?”

In this case, the issue derives not from the quality of the project being revived, but from the personal reputation of the man at the center of the revival. We live in an age where it is nearly impossible to separate art from artist, where any actor or director’s tabloid debacles or serious criminal collusions color our perspectives of any film he or she sets forth. This past year, we saw outrage against Woody Allen, in light of allegations of child abuse against daughter Dylan Farrow, provoke discussions about whether or not we should continue to watch and support his movies.

How Reubens, who has been convicted of sexual misconduct and possession of child pornography, can expect to thrive as an artist in this era of public omnipotence is itself a wonder. Not to mention that the infantile absurdism of Pee-Wee Herman might just be a little out of date.

I guess that Firefly reboot doesn’t sound like such a toxic idea anymore, now does it?