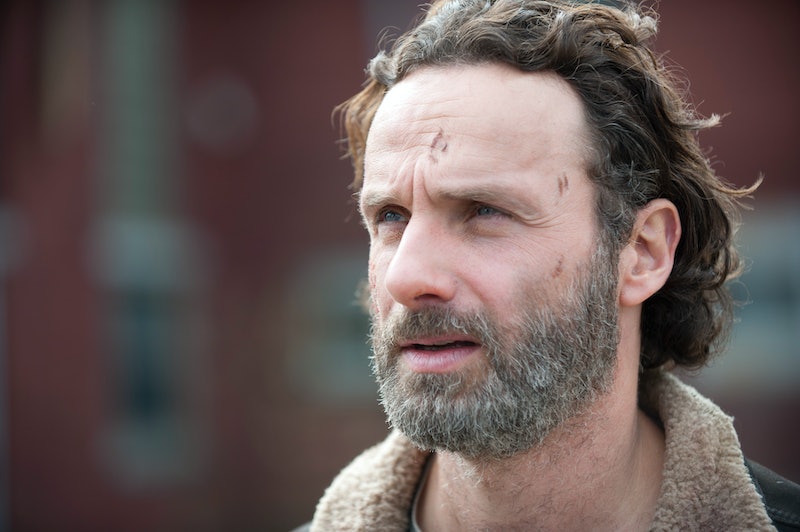 Season 4 of The Walking Dead ended this week, leaving a lot more people alive than expected. Rick, Carl, and Michonne were nearing Terminus when they met with Daryl and his “friendly” group. After last week’s episode, we know that the group, led by Joe, had been trailing Rick for killing their friend awhile ago. Joe is ready for some bloodshed — but, soon enough, Daryl sees that it’s Rick and steps up to Joe, sacrificing himself instead. But, of course, Joe isn’t having any type of bargain and decides that Daryl, Rick, Michonne and Carl will all be killed. After some tense moments, Rick breaks away from Joe’s hold, the two fought until Rick bit Joe in the jugular — yes, Rick killed him by biting him in the throat. After that heroic act, Michonne somehow pulls a gun on the guy holding her, Rick stabs another dude (who was about to rape Carl) and Daryl takes out one out until none of the “bad guys” are left. So, Terminus… Rick, Michonne, Daryl and Carl make it! They decided to be slick and break in rather than use the front door like Glenn’s group did. (To be extra safe, Rick even buried some weapons right outside of Terminus. Pretty good idea, I’d say.) They sneak into Terminus and end up in the room where the radio broadcasts has been coming from where they meet the leader of Terminus, Gareth. He gives them a “Welcome to Terminus” speech that is eerily reminiscent to what Mary said to Glenn’s group last episode.Speaking of creepy Mary, she was there again this episode. She was just about to cook up something for the newcomers when Rick spotted Hershel’s pocket watch in the possession of a Terminus resident, Alex. Rick took Alex at gunpoint, demanding to know where he got the watch, to which his response was “off a dead guy.” When Rick looked around he saw a few other familiar items on members of the Terminus crew — Glenn’s riot gear and Maggie’s poncho. This led to a big shootout where Rick and the gang were running all over Terminus, dodging bullets left and right. (It helped that everyone at Terminus seem to have pretty bad aim.) The shoot-out ended with Rick’s gang cornered. Gareth called them all by some new nicknames: “Ringleader,” “The Archer,” “Samauri,” and “Kid.” He told them to line up one by one and go into a train car that was nearby. Not knowing what was inside, the foursome headed in. The suspense. After a few moments in the dark car, we realize that Glenn’s group is also in there. With a few quick introductions, this new group was ready to set out and give the folks at Terminus a good fight. But, naturally, that is where the episode ended.

The episode contained a bunch of flashbacks to Hershel at the prison which foreshadow the events that happened in the episode. As much as they tugged at our heartstrings, they also just took up precious minutes of the show that could have given us some more answers to questions that will now have to be unanswered until next season. Who knows how long it will be before we know if Tyreese, Carol and “Little Ass-Kicker” make it to Terminus? When will we ever find out what happened to Beth?