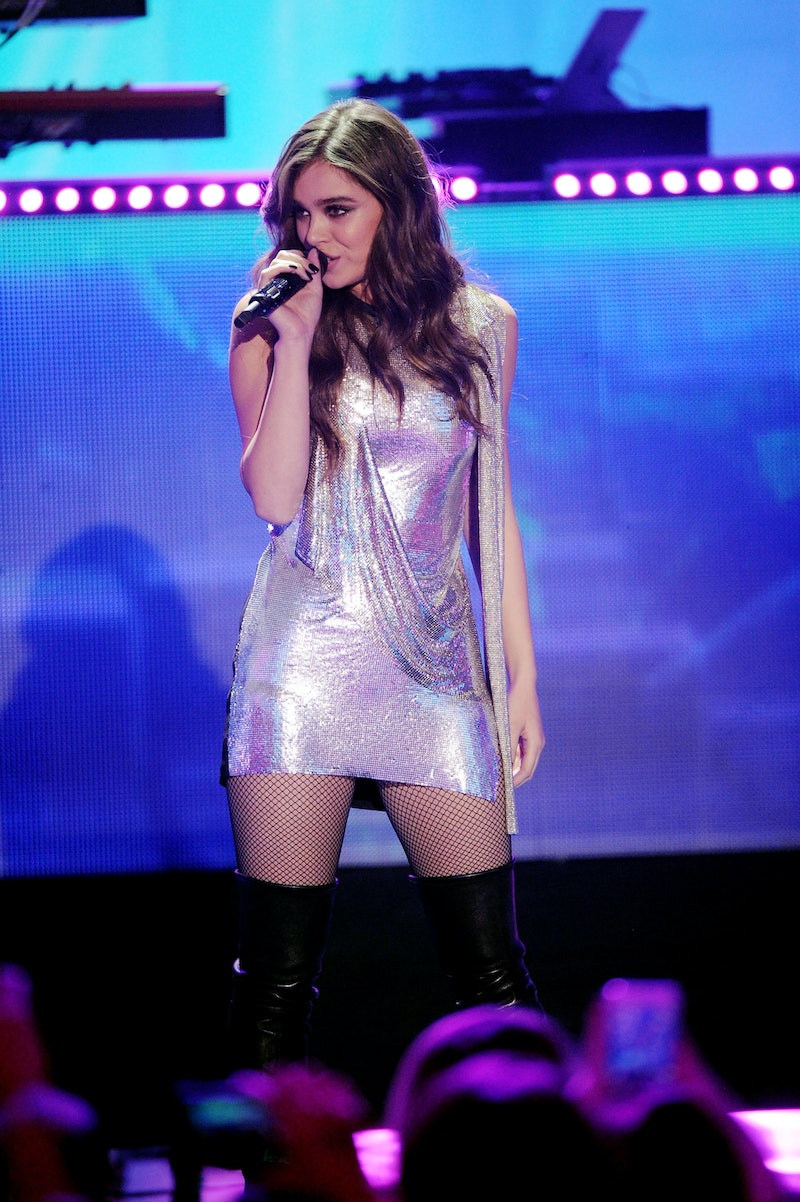 I’ve been blasting Hailee Steinfeld’s “Love Myself” as a confidence-boosting anthem to get over a bad breakup for months. At only 19 years old, the singer is educating women everywhere with an unmatched lesson of self-worth through her music. Thus, it’s ironic watching the singer and actor on screen as the neurotic, self-destructive teenager Nadine in the coming-of-age film The Edge of Seventeen . I watch it and wonder: How can someone with so much real-life confidence get into the mindset of a girl who’s so painfully insecure? Of course, good acting comes into play, but when speaking with Steinfeld, I realize that below the surface, she has her insecurities just like everyone else does.

These two polarizing personas make for a fascinating dichotomy, so off-the-bat, I ask: How does she relate to both? Steinfeld explains that she wanted to make an impact with her first single by conveying a message of the utmost importance. “I’m just gonna go for it. I love myself, and I’m gonna show the world,” she says. “You can be on the rooftops of buildings in downtown LA just acting like you’re the only one in the world doing that.”

But as mentioned, there’s more to her than meets the eye.

Although the actor says she now relates to her confident self the most, there was a time when she strongly identified with Nadine and sometimes she still does. “The idea of constantly questioning yourself and who you are, what you’re good at, what your place is in this world,” Steinfield says. Still, she finds herself wondering things like — “How and what do I have to do to try to fit in?” and “Do I want to fit in?” — sometimes daily.

Every aspect of Nadine’s life is a mess (oh, adolescence) and according to Steinfeld, it’s universal, regardless of upbringing. High school is something the actor never experienced. “I would not have made it through,” she says. But it doesn’t take the physicality of high school hallways for teens to experience that tumultuous time.

“Whether it’s geared towards a friend group, or a work situation, or a family thing… It’s growing up and figuring out life,” she says. “That still resonates with me and I’m pretty sure it will forever.”

And like her music, Steinfeld hopes this project shows other women they’re not alone in how they’re feeling. “This is them. They can watch this and feel like it’s a true interpretation of what life feels like as a teenager,” she says. The film, which bluntly addresses suicide and anti-depressants, isn’t your average coming-of-age tale, which is why it’s so refreshing.

“It's like, when’s the makeover gonna happen and when’s Prince Charming gonna come in and swoop her off her feet?,” Steinfeld says. “[It's] not that kind of movie. I’m a sucker for that fairly tale thing and those stories and movies, but with this, it’s painful. I just hope it does [teens’] story justice,” she says.

Both of Steinfeld's personas ultimately prove that the best Prince Charming one can have is themselves, regardless of age.