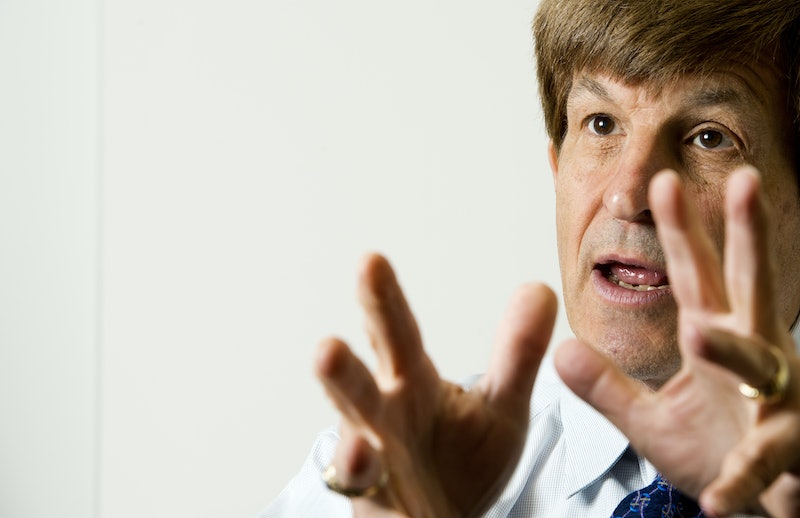 Everyone from The New York Times to Nate Silver to even Donald Trump himself seemed to be caught off-guard by Trump’s Electoral College victory last week. That is, everyone but Prof. Allan Lichtman, who correctly predicted that Trump would win… back in September. Now, the “prediction professor” has another forecast for Trump, and this one sounds even stranger than the last: Lichtman predicts that Trump will be impeached by the Republicans. But the craziest thing is that it’s not as crazy as it sounds.

Lichtman has earned his renown by having accurately called the winner of every presidential election since 1984 (to be fair, he predicted that Trump would win the popular vote, which was not the case). Using his 13 “Keys to the White House,” which are true/false statements he uses to evaluate the likelihood of the incumbent party retaining power, Lichtman has been able to call every election for over 30 years — and 2016 proved him right, too.

But Lichtman’s latest prediction, which he says is just based on instinct, seems a perfect fit for an electoral season that has had as many ups-and-downs as this one — especially for a candidate as wily and unpredictable as Trump.

Leave aside for the moment that this all sounds like a plot from House of Cards, and take a step back. The Republicans have grappled with Trump since the beginning of his candidacy. Even after he secured the party's nomination for president, House Speaker Paul Ryan struggled to walk the line between Trump’s inflammatory rhetoric and the reality that he needed Trump in the White House to enact his legislative agenda.

But now that Trump has won, it’s unclear how dedicated he will be to Ryan’s agenda. Just days after taking office, Trump stated that he’d be willing to keep portions of the Affordable Care Act (aka Obamacare), the repealing of which has been a major goal of the Republican-led legislature. The only real takeaway from candidate Trump that can be applied to the future President Trump is that he’s wildly unpredictable, and unpredictability in your own party’s executive can be a liability.

You know who would be reliable? Good ol’ Vice President-Elect Mike Pence. Conservatives love him, as we saw after his debate performance against Tim Kaine. And should something happen to Trump — like getting impeached and removed from office — Pence would be right there to take the reins. Besides, Trump has plenty of scandals rolling around in his past, any one of which could lead to an impeachment.

There are plenty of reasons this is still unlikely. The Republicans would no doubt take a hit in the polls, especially if they were impeaching one of their own. Moreover, Trump’s supporters would probably hit the roof, as many suspected they would if the #NeverTrump movement had unseated him at the Republican National Convention. But in a political season as crazy as this one, the only sure bet is that anything can happen.