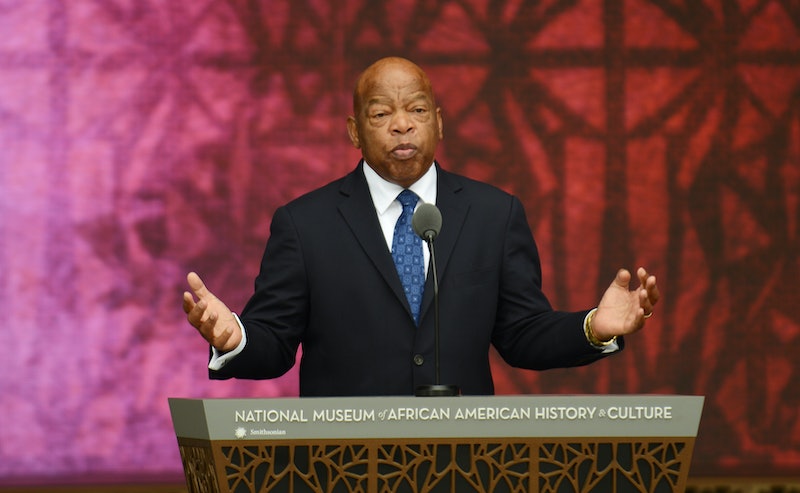 Change has already come to the United States since last week’s Election Day. The results brought a swift shift in the direction in which our country seemed to be moving, washing in a wave of hate-fueled acts as well. With concern over the future of civil rights having rightfully spiked, there could not have been a better time for March: Book Three to win the National Book Award for Young People’s Literature.

A graphic novel created by Congressman John Lewis, Andrew Aydin, and Nate Powell, the book is the third and final installment in a series on the civil rights movement. Like its predecessors, March: Book Three offers readers an accessible and powerful look at the movement, including its history, philosophies, and legacy.

“This book is for all of America,” Lewis told the National Book Foundation. “It is for all people, but especially young people, to understand the essence of the civil rights movement, to walk through the pages of history to learn about the philosophy and discipline of nonviolence, to be inspired to stand up to speak out and to find a way to get in the way when they see something that is not right, not fair, not just.”

As a key figure in the movement and a black man, Lewis knows firsthand how far we’ve come. When he collected the award with Aydin and Powell on Wednesday, he recounted the time a librarian refused to let him have a library card because they were for “whites only.” For him to now be a National Book Award winner is proof of his — and millions of others’ — hard work paying off.

However, with racial inequalities still present and tensions growing, our work isn’t done. March: Book Three is a necessary reminder of the progress still to be made and the struggles that we can overcome.