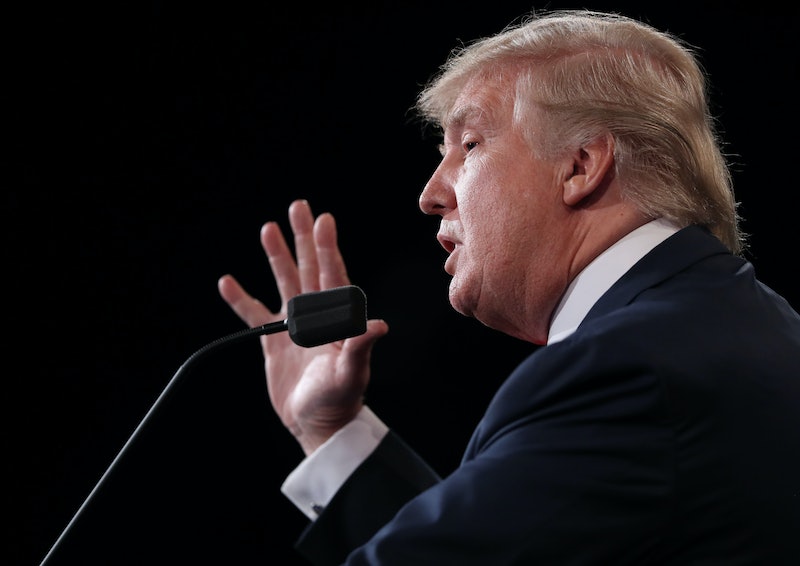 In a strange twist of events, people are comparing a bird native to China to U.S. President-elect Donald Trump. (To be clear, the comparison has to do with appearance, not personality.) A golden pheasant has become famous for looking like Trump. But don't tell the pheasant that. He's decades younger than Trump and likely wouldn't appreciate being compared to a man who as a bird would be old enough to be his great-grandfather many times over.

The "pheasant-elect," as the Daily Mail christened the bird, is from Hangzhou Safari Park in Zhejiang Province. A local journalist compared the plumage on the golden pheasant's head to Trump's hairstyle, and the comparison garnered much attention on Chinese social media. The bird, named "Little Red" in homage to his bright red feathers, is five years old, the Daily Mail reported. Little Red's caretaker, whom the Mail called Mr. Gao, told the British tabloid he hadn't realized the bird looked like the president-elect. "But after Trump was elected President of America, I start seeing more pictures of him and I think the pheasant looks a little bit like him," he said.

People made jokes at both Little Red and Trump's expenses on social media. One commenter wrote, "Just one hairstyle and its life is ruined forever," BuzzFeed News reported. "I'm so worried that the other birds will beat him," another person wrote. Ouch. A heavy price to pay for supposedly resembling the next president of the United States.

It's interesting that the golden pheasant is a species native to western China, considering Trump's criticism of Chinese trade practices and past accusations against the country. "The concept of global warming was created by and for the Chinese in order to make U.S. manufacturing non-competitive," Trump tweeted in 2012. (He later called this a "joke" during a Fox & Friends appearance, despite his other tweets calling global warming a hoax.) And on Nov. 16, in the midst of Little Red's ascent to fame as a celebrity lookalike, China's Vice Foreign Minister Liu Zhenmin reminded Trump that China didn't create global warming, USA Today reported.

But how does Little Red feel about all of this? Hangzhou Safari Park posted new photos of the golden pheasant. The translation of the caption? "I heard a lot of people are looking for me these days. I just wanted to ask what's up? I was born like this," according to BuzzFeed News.

It looks like Little Red may not be aware of the cause of his sudden fame. Nobody tell him; a bird has enough to worry about without getting dragged into politics!