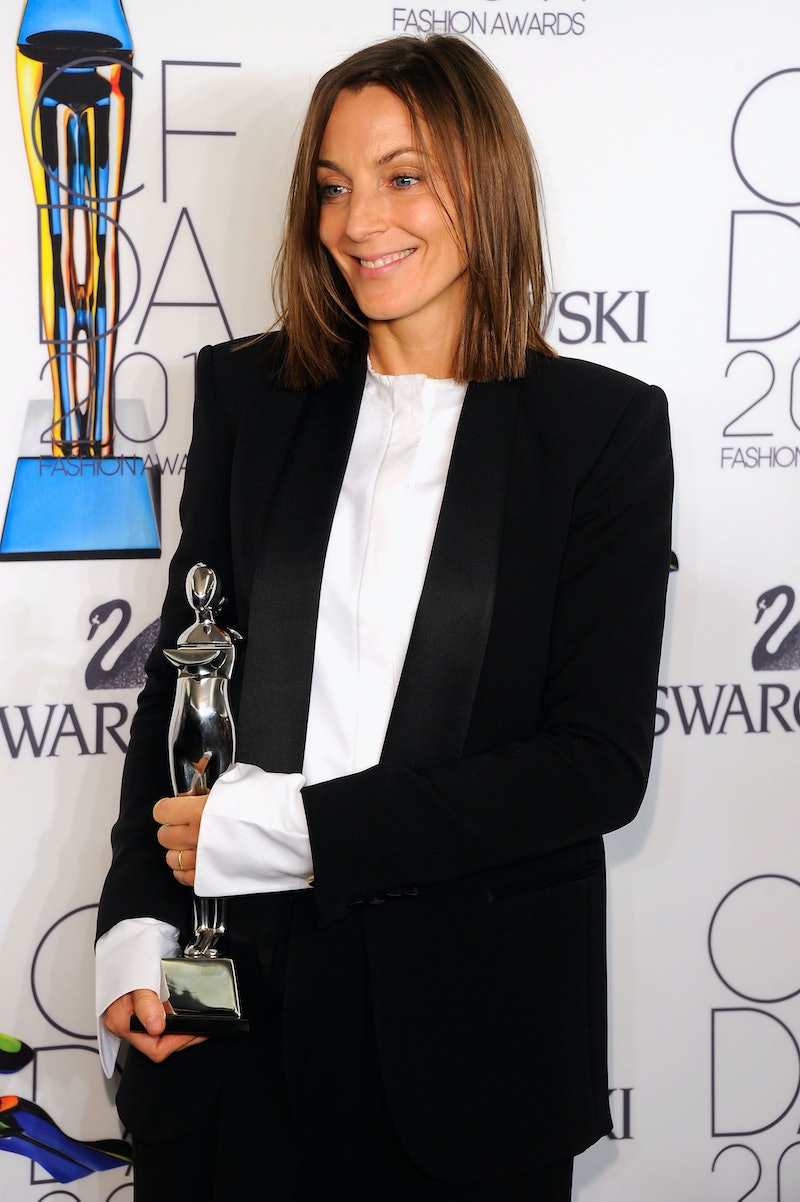 Phoebe Philo, creative director of luxury fashion house Céline, made an appearance at the Vogue UK Festival in London over the weekend. The two-day event played host to a number of big names, including Manolo Blahnik, Sarah Burton of Alexander McQueen, Tory Burch, and Alexa Chung. But Philo’s talk was the must-see, being that the newly minted member of the Order of the British Empire (OBE) rarely makes public appearances.

According to The Cut, Philo did not mince words with her interviewer, Vogue UK editor Alexandra Shulman, expressing her opinions on working in fashion, why she left Chloé for Céline, and running an international corporation. Philo is credited with transforming Céline into one of the most sought after lines in the world. Though her interview shed light on Philo's process, the talk instead should have been billed " Phoebe Philo’s Guide to Life." Here's what we mean:

Leave the Mediocrity at the Door

I find mediocrity hard. I find that whole area difficult. I'm a very passionate person, I care very much about what I do. I believe I give it a lot, so it's gotta be good, otherwise what's the point?

Fashion (or any love) Comes From Within

I think it has been a bit of a calling. I do feel somehow that it was always in me. I really think it comes up and out of me, an idea of wanting to use clothes to say something.

I have an innate fear of fame. I've never thought being famous looked like such a good place to be. I love being incognito. I love walking around London and nobody knows who I am.

Stay in Your Lane

Use What You Got Until You Get What You Want

At Chloé, it was very clear from the beginning that there was a Chloé aesthetic, and my job was to continue doing that. I took that opportunity— and it was a great opportunity — but that's what I did. And it's one of the reasons why I left Chloé, because it was no longer what I wanted to spend my time doing. So it was absolutely clear that when I was going to go back and do something, then it was going to be absolutely what I believed in.

It's unrealistic to think that the fashion industry, the film industry, the sex industry are not going to have extreme ideas of beauty, as a way of selling themselves. What I do believe is that anybody, and it really doesn't matter what shape your body is — anybody can be seductive and sexy and gorgeous and beautiful. I use an extreme idea of beauty as a way of showing Céline, but I don't believe it has to be like that outside of a fashion show.

Be Free to Be Sexual, But Do It for You

I am not a big fan of women being sexualised through clothes, as you can probably tell from my work. I have no problem with a woman wearing anything as long as she has chosen to wear it for herself.

How did Phoebe Philo decide what to wear to collect her OBE?: "I don't know. I just got up that morning and got dressed."

I think I found my new best friend.

More like this
Dua Lipa Wore See-Through Dress On The Cover Of Vogue
By Allie Fasanella
The Untold Story Of 'Vogue' Embracing Kim Kardashian
By Amy Odell
How To Master Baby Braids, According To TikTok
By Tomi Otekunrin
Machine Gun Kelly Wore A $30K Diamond Mani To The BBMAs
By Paris Giles
Get Even More From Bustle — Sign Up For The Newsletter