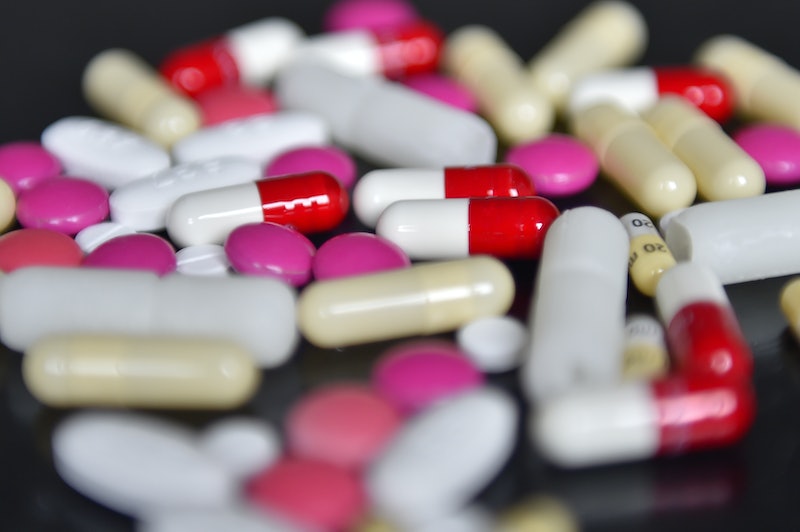 Who says you're only young once? A new clinical study could prove that, while your body is subject to the effects of Father Time, your brain may be exempt. At least, that's the hope for donepezil and other drugs in its class, which are traditionally used to treat Alzheimer's. Boston Children's Hospital is conducting a new clinical study that attempts to utilize the memory-boosting effects of donepezil, which would return the brain to a childlike phase.

This would not mean, theoretically, that patients would suddenly find bathroom jokes hilarious — although we may never grow out of that one — but rather, patients' would be able to recreate a stage of rapid growth in brain development.

At the moment, donezepil is being tested for treatment of individuals with vision problems, particularly amblyopia (lazy eye), a condition in which "vision in one of the eyes is reduced because the eye and the brain are not working together properly." The hope for the drug is that it would allow the patient's brain to learn new skills at the speed of an infant. In other words, very fast.

The so-called "critical periods" of brain development in children are key for learning and acquiring new skills, which explains why you were far more likely to be bilingual as a kid than as a twentysomething. During these "critical periods," the brain is "actively shaped by environmental input," allowing experiences to make rapid progress in learning processes.

The potential of such a drug is seemingly limitless. If the brain can regain its "plasticity," allowing for super-charged periods of growth and development, a whole slew of neurological diseases have the potential to be treated. Stroke victims, for example, who have damaged neural circuits, could take drugs that would effectively rewire their brains to regain lost skills. By allowing the brain to constantly un- and re-learn, drugs like donepezil seem to have endless possibilities for medical miracles.

But as with all "too good to be true" stories, there's a catch. Because critical periods are highly dependent on environmental factors, the brain's continuing redevelopment could also meet with unforeseen consequences. An inability to control all external players that could potentially affect brain development could mean that the brain would be locked in a permanent state of flux, without the capacity to retain old lessons. Instead of mood swings, more serious shifts in personality could result from a constant brain rewiring.

Moreover, though a child's brain is far more elastic and adaptable than that of an adult's, it is also subject to other dangers, particularly addiction. In fact, according to Dr. Frances Jensen, senior assistant in Neurology at Children’s Hospital Boston and professor at Harvard Medical School, young people's "brains can get addicted faster and stronger than adult brains and teenagers can have a lifelong problem with trying to shed an addiction that has been acquired as a teenager.”

There are also ethical considerations. The recent controversy around "designer babies" is a mere stone's throw away from the idea of continuously revamping one's brain. The company 23andme has recently applied a patent on testing for genes that confer intelligence, hair color, or athletic aptitude. The scientific community remains split on whether or not such techniques should be used. For example, allowing parents to choose for sex is just asking for gender discrimination, particularly in countries where children of one gender are valued more than the other.

The argument for designer babies often goes like this: Allowing parents to select for traits before birth doesn't differ too much from letting them to cultivate certain skills afterwards. Bonnie Steinbock, a philosopher at the University at Albany, State University of New York (SUNY) told Live Science:

I don't think there's anything wrong with the attempt to make our children smarter or kinder. If we did think that was wrong, we should give up parenting, and put them out on the street.

More like this
Michigan’s Governor Is “Going To Fight Like Hell” To Protect Abortion Access
By Andrea Zelinski
23 Abortion Funds In States With Trigger Bans To Donate To
By Emma Carey
Britney Spears & Sam Asghari Announced Their “Devastating” Pregnancy Loss
By Stephanie Topacio Long
If You Live With Migraines, You Need To Know About Cove
By Danielle Kraese
Get Even More From Bustle — Sign Up For The Newsletter