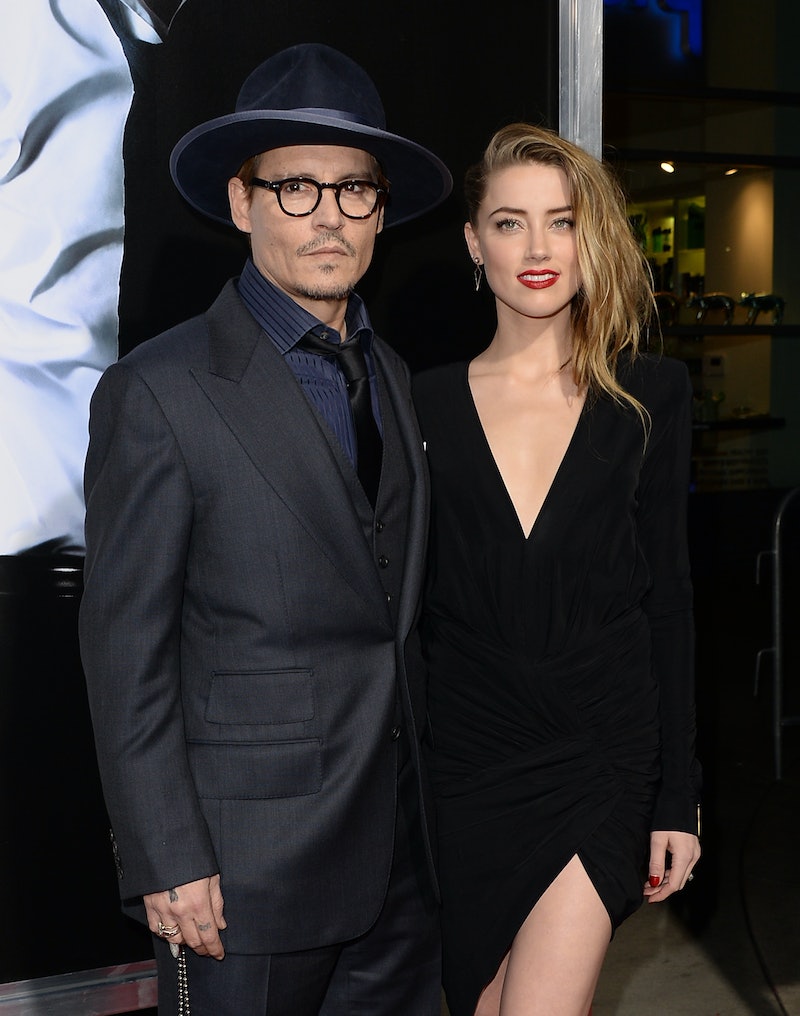 Hey everyone, all of us were right! Johnny Depp confirmed that he's engaged to Amber Heard which means that we were all correct in our assumptions! We watched when Heard started wearing an engagement ring, when a source said that the couple was engaged, when Depp started wearing an engagement ring, and when they held and engagement party and Steven Tyler said he planned on attending the wedding. All of these super subtle hints came before us and we worked out that they were engaged.

Depp was in Beijing promoting Transcendence when he confirmed the news to the Associated Press. "The fact that I'm wearing a chick's ring on my finger is probably a dead giveaway. Not very subtle." He says it like he was forced to wear that ring. If he didn't wear the ring, we totally wouldn't have gathered that he was engaged based on any of the other facts. What a fool! He could be living a secret life right now.

Depp and Heard kept their relationship very private and first appeared at an event together in January after dating since June 2012. It's not surprising that Depp admitted that he was engaged when asked, but if this hadn't happened he wouldn't have, like, gone to In Touch with exclusive engagement party photos.

Basically, Depp confirming the engagement doesn't mean that these two are suddenly going to release a ton of information about their lives. Don't expect a magazine cover, don't expect the shocking release of their seating chart, and don't expect a Depp and Heard wedding special on Bravo. Although, if they're interested, Diving in the Depp End or We "Heard" They're Getting Married would both be fantastic title options.