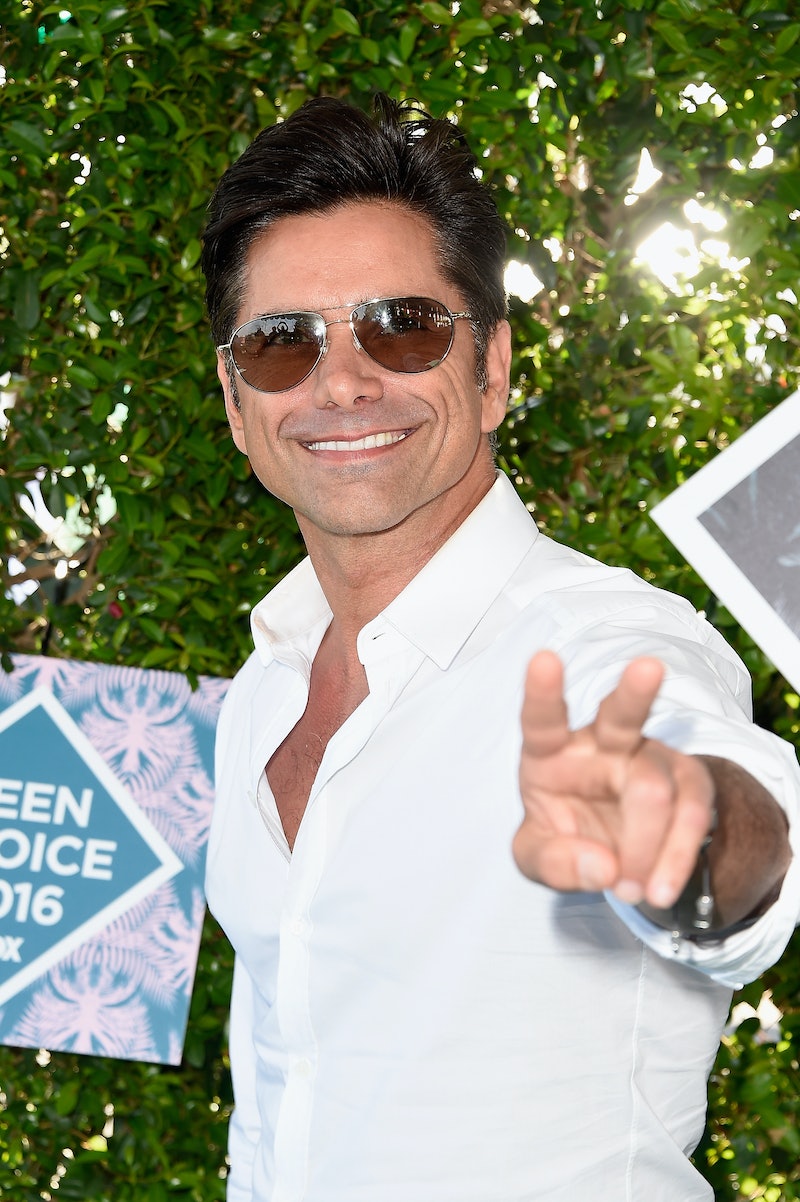 I've been obsessed with TV ever since I could remember, which often translates to me following the cast of my favorite shows outside of their work to some extent. I have to say, out of any cast I've ever come to indirectly know, the Full House cast is by far the closest to one another. And that's not just a show they put on to garner ratings for the Fuller House revival, either. This cast has stuck together for the better part of almost three decades, and it's honestly the most endearing thing to witness. Case in point, John Stamos posted a throwback picture with Jodie Sweetin from Lori Loughlin's wedding, and it cements how much of a family they all are in real life.

Before I get into how cute the picture is, it's the caption that really shows the great rapport and intimacy between the actors. Stamos wrote of his fashion at the time, "#TBT At [Lori Loughlin's] wedding. Lori HATED that suit (and goat)..."

I mean, if being brutally honest in what is supposed to be the other person's best interest isn't a total well-meaning family member move, I am not too sure what is. At the very least, it shows just how well Loughlin and Stamos got along that they were comfortable saying those kids of things to each other.

But back to the cute factor, let's not look past the fact that it's incredibly cool to know that the cast scored an invite to the wedding, even the kids. And that once there, they made the most of their time together off-screen. Sweetin and Stamos are embracing like they're actually niece and uncle, and its giving me all of the feels to know that the on-screen relationship wasn't far off from their one in real life. That goes for Stamos and Loughlin, too, who engaged in witty banter similar to Uncle Jesse and Aunt Becky, as that caption clearly implies.