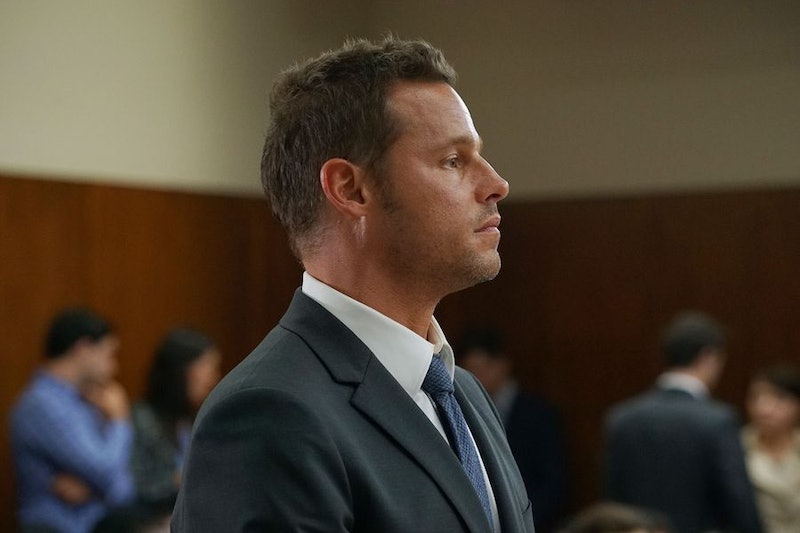 Another season of Grey’s Anatomy, another episode of Alex Karev sacrificing his own happiness for the good of someone else. Alex, buddy — can we please just go with what’s going to make you happy for once? Alex finally found out that Jo, his girlfriend, escaped an abusive marriage by running away from her spouse and changing her name. This would have been good information, oh, half a season ago, because Alex beat the crap out of Deluca because he thought that Deluca was taking advantage of Jo. Really, Jo was drunkenly confessing about her awful marriage. If Jo testifies in court in the Deluca versus Karev assault trial, her ex could find her, and Alex is ready to throw himself at the mercy of the court to protect Jo (or whatever her name is). Will Alex Karev go to jail on Grey’s Anatomy ?

Alex has never made the best decisions when it came to women — he slept around the first few seasons, giving George chlamydia in the process, and then Ava happened. And then Izzie happened. And just when I thought he and Jo would be cool — boom — Shonda Rhimes blew it all up. Jo can’t testify without it being on public record, which means that her abusive ex could find her and drag her back to hell. Alex, in his Alex wisdom, wants to save her and has decided to plead guilty and take a plea deal instead of letting Jo testify in open court. That’s how much he loves her — Alex is going to sacrifice himself. Meredith thinks this is an awful idea, because Alex tends to give up a lot for the people he loves, and Meredith is willing to fight for him. The Grey's Anatomy Season 13 winter finale ended with Alex contemplating talking to the district attorney, so what will happen when the show returns on January 19?

Alex and Meredith are the only original interns left on Grey’s Anatomy — as Meredith astutely pointed out, she needs him to stay because she can’t be alone. Meredith is poison — everyone she touches dies or runs away. Think about it. Even so, I just can’t see Alex going to jail for two years. The only way this could work is if Alex pleads guilty and then we have a time jump, similar to what the show did when Derek was killed off. I can’t have a full season and a half without Justin Chambers on my television. I really doubt that Alex will go to jail — I think Deluca will drop the charges and they’ll all live happily ever after… until the next crisis du jour.