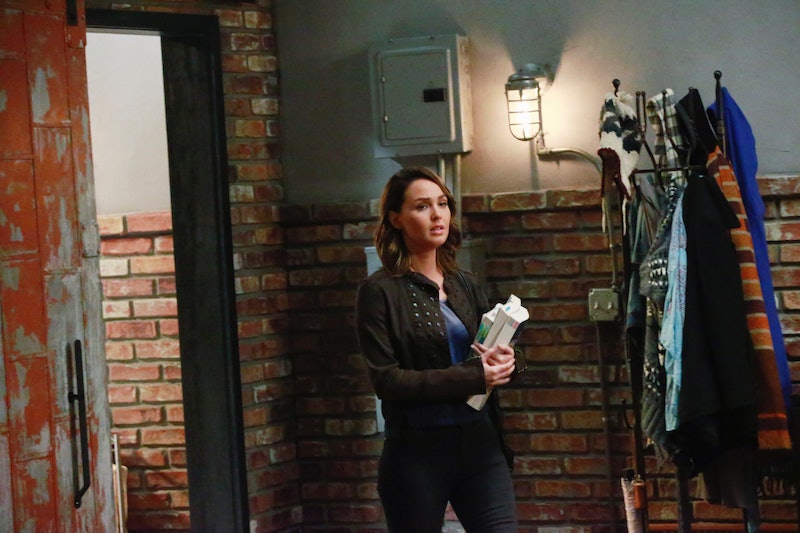 Jo and Karev on Grey’s Anatomy are like the Little Engine That Could. Despite their many differences, these two are the show’s current long-running couple, and I think they’re pretty dang cute, too. They’re in love, they live together, they work together—it’s great! It’s no surprise, then, that Karev proposed to Jo on the Grey’s Anatomy winter finale. What is surprising, though, is that Jo didn’t automatically say yes. Though my heart wants her and Alex to get hitched and run off together, my head understands Jo’s feelings. Jo doesn’t think she’s a priority in Alex’s life—in fact, she almost broke up with him right before he popped the question.

I can totally see where Jo is coming from. As she walked into the apartment to breakup with Karev, Jo cited Meredith as one of the big sources of strain in their relationship. Meredith has a need to take over everything, she argued, and she also treats Jo like absolute crap. Jo said that Meredith even screamed at her to go away that very morning. Alex had a stupid answer, saying that Meredith’s husband had died and that he and Meredith needed each other. Not really stuff you say to your girlfriend, dude, but then again he never was a wordsmith. And as for Meredith screaming at Jo, that was the moment in which Meredith was trying to give Alex the engagement ring she had been stowing away for him. Well, damn.

Though all of Alex’s story of loving her and listening to her tugs at the heart strings, I think Jo has some really valid points about Alex’s relationship with Meredith. It’s hard to date someone who has no boundaries with his friends, but there is a time in which you have to make them if you want your relationship to go anywhere. As Jo asserts that there is not room for two women in Alex’s life, maybe Alex should start listening to her, you know? He may lose out on something big if he doesn’t.

More like this
Keke Palmer Just Announced She's "Going To Be A Mom" On 'SNL'
By Brad Witter
You’ll Most Definitely Recognise Kyle Pryor’s Soap Star Girlfriend
By Sophie McEvoy
Theo James Revealed The Truth About His 'White Lotus' Nude Scene & Fans Can't Cope
By Stephanie Topacio Long
The 'Kenan & Kel' Reunion On 'SNL' Took A Dramatic Turn, Thanks To Keke Palmer
By Brad Witter
Get Even More From Bustle — Sign Up For The Newsletter