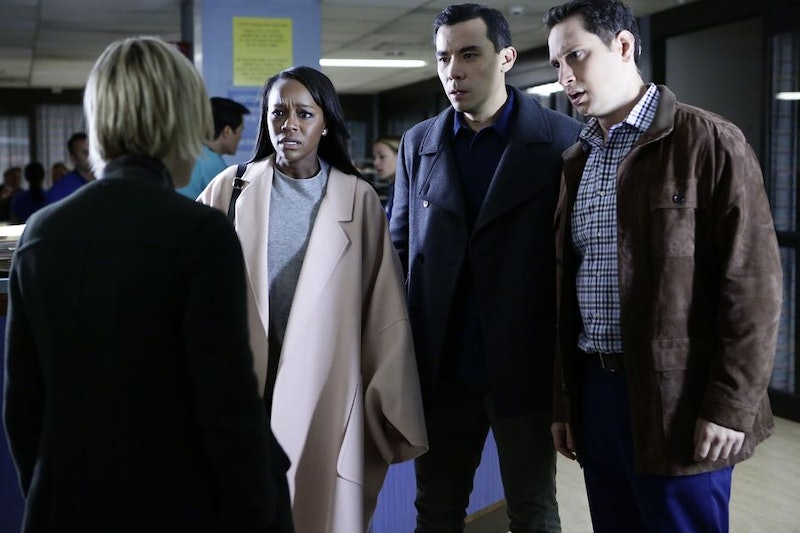 Before you tell me that Annalise loved Wes like a son, remember that Annalise loves no one but herself, and even sometimes that’s in jeopardy. Annalise will do anything to protect her own livelihood, and I’m pretty sure that’s what she did here. Annalise somehow found out that Wes flipped on her to the police, and she arranged it so that it would look like Wes had died in a freak explosion when really she killed him herself. I mean, it’s the ultimate betrayal — the boy she had gingerly (and I say that with the utmost sarcasm) ushered into law school and lied about having his girlfriend murdered. Wes was fed up with Annalise (I can’t blame him) and went to the police. Annalise was unfortunately one step ahead of him.

Annalise is also a great actress, so don’t let her performance when she found out who was #UnderTheSheet fool you — she knows how to get what she wants, and I think that acting so distraught adds a level of plausible deniability just in case someone suspects her of the murder. She’s already been arrested, but those charges may get upped if they figure out she killed Wes (if she did). Nate already told Annalise about his findings, so she may already be one step ahead. We’ll have to wait and see the aftermath of Wes’ death — I think the rest of the Keating 5 will certainly have something to say to Annalise about it.