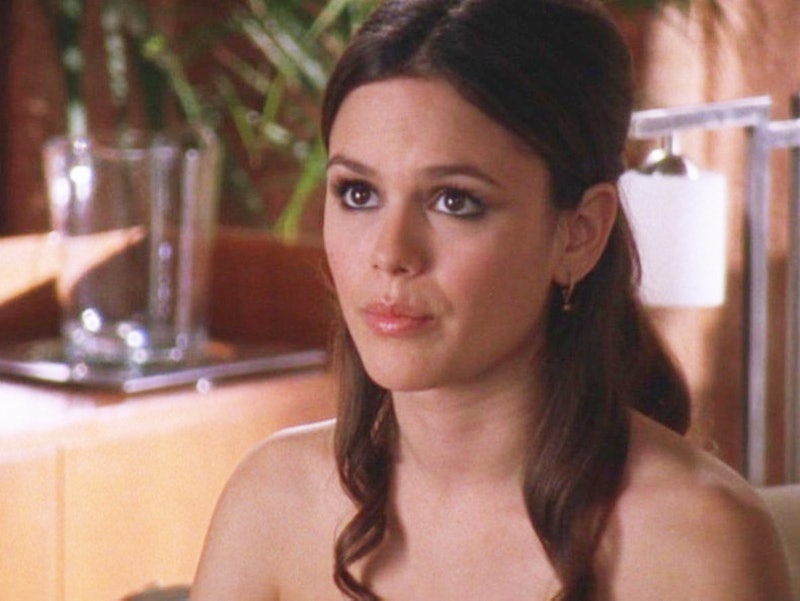 If you're still, almost 10 years after the finale aired, completed devoted to the televisual phenomenon that is Summer Roberts, you might be due an O.C. marathon session. But which Summer Roberts-centric The O.C. episode should you opt for? I'd argue that you should swerve the usuals ("The Best Chrismukkah Ever" or "The End's Not Near, It's Here") for Season 1, Episode 20, "The Telenovela," which you probably know as "that one with the kissing booth." While it doesn't feature Summer Roberts in a Wonder Woman costume or a bridal gown, it's more awesome than either of the episodes above.

At this point, Seth and Summer are finally together. Finally. The O.C. has really taxed our Summer/Seth 'shipping patience by this point — after all, Seth had to choose Anna over Summer and date Anna for a while and figure out she wasn't right for him and then win Summer back. So you'd think things would be plain sailing, right? Wrong. Summer's not just blanking Seth at school and telling him she wants to keep her private life just that, private, but she's actually acting charmed and flattered to be asked to be the person manning the kissing booth in their high school ("We're looking for a girl who's comfortable being paid to make out with a bunch of guys — naturally I thought of you.") that's being held to fundraise for some sports team.

When Seth tries to talk to Summer about her peculiar behavior around him at school, she blows him off with weird, lengthy excuses. She just likes her privacy, OK? She can't be some sap who holds hands with her boyfriend between classes. She doesn't want the whole school knowing about her personal life. But all of her excuses have one thing in common: they're incredibly flimsy.

Much of the Summer/Seth action is witnessed by Anna, and we're encouraged to see it through her eyes. While Seth makes even feebler excuses for his girlfriend's behavior, Anna tells him how wrong this situation is. We end up viewing the situation how she does: Summer's not ignoring Seth in public because she likes her privacy, but because she's ashamed of being romantically connected with him.

There's a fair bit of Summer at her absolute worst in this episode: she guffaws at Seth being honest about his feelings, she seems way more concerned with her social ranking than her boyfriend, and, based on what we see Seth and Summer doing together when not at high school, it seems like their connection is purely a physical one. Which is totally fine, except that Seth seems to be taking their relationship very seriously indeed, so you'd hope Summer would clue him in if they're just hooking up.

It's only when, egged on by Anna, Seth extracts sex from the equation, going on strike until Summer acknowledges him in public, that we see a totally different side to Summer. When Anna confronts her about her behavior, Summer caves: “I just don’t know why he likes me. He’s way smarter than me and we have less than nothing in common and eventually he’s going to get bored of me because all boys do. So if everybody knows we’re dating then everyone will know when he breaks up with me, which he will.”

Summer isn't not telling people because she doesn't like Seth enough, but because she likes Seth too much. And she doesn't think that she's better than him, but that he's vastly superior to her. This, to me, is classic Summer. Historically, she's always been at her thorniest when there's the most at stake emotionally for her. There are plenty of video reels on YouTube showing Summer Roberts at her sassiest, but I don't think Summer is so compelling to watch because she's got a great line in comebacks. She's so watchable because she seems to feel so intensely, but also seems to think it's not OK to have feelings.

The episode also does a nice little number on the audience: we spend the first two thirds of its duration hating on Summer and thinking all those things about her that are easy to think: namely, that she's superficial and Seth can do better. But, when the truth's revealed, we feel bad for reaching a snap judgement, and, hopefully, we decide we'll be more generous next time before we judge Summer for what appears to be her icing out the person closest to her.