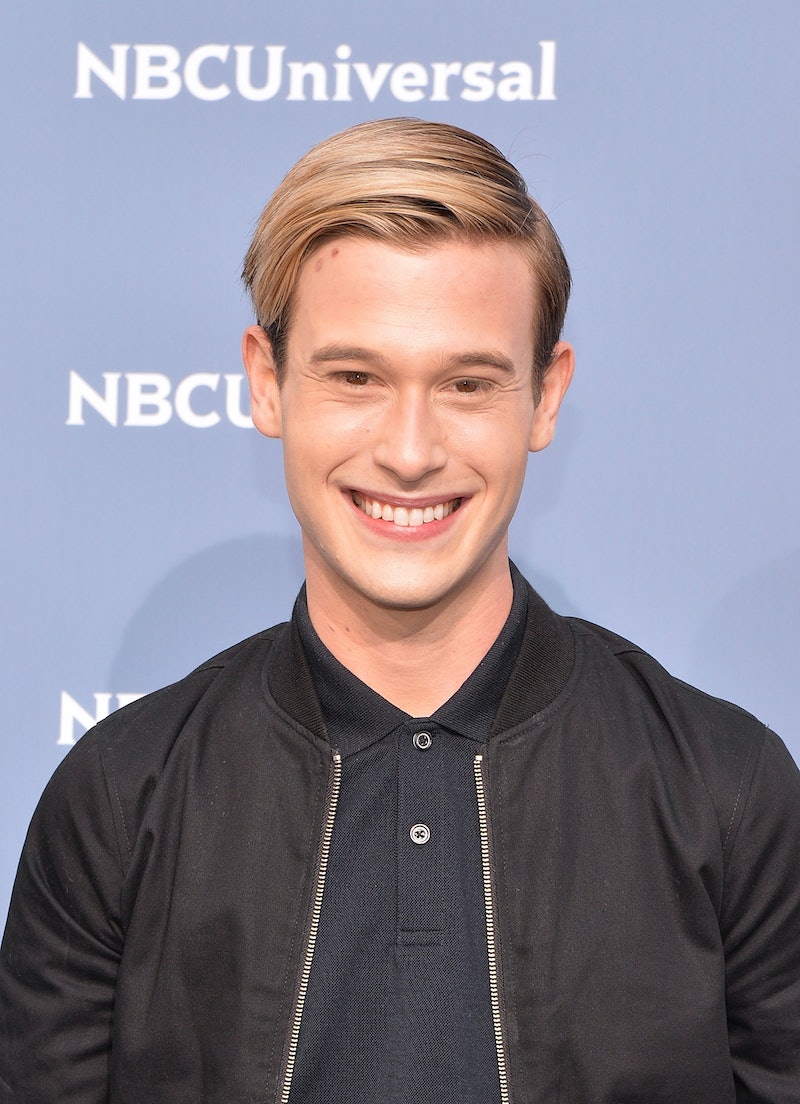 Ever wanted to know how a medium receives messages from spirits to interpret? Hollywood Medium Tyler Henry's new audiobook, Between Two Worlds, contains a Q & A portion dedicated to answering fans' questions about his work, including — you guessed it — how symbolism comes through in readings. You can hear Henry's answer to this and more questions below.

In addition to specializing in doing readings for parents who have lost children to suicide, the 20-year-old Henry has read the futures of numerous celebrities, including Amber Rose, Rob Dyrdek, Michael Sam, and Margaret Cho. In August, Henry answered media questions regarding the outlook of the presidential election, and said he was "not worried" about the future of Donald Trump's campaign.

Publishing Between Two Worlds is the latest step in fulfilling a reading Henry received while still in high school. Speaking with Out in 2015, he said:

When I was going to school, I got a reading from a woman who told me that when I was 19 I’d start filming a TV show, and that it would do well and that I’d write books and that was my life purpose. At the time I was open-minded but I said, ‘I don’t know how that could be.’ And then sure enough, when I was 19 it all happened.

Check out the Soundcloud playlist above for revelations about how Henry interprets his messages, how he talks back to the spirits who contact him, and how spirit guides are affecting your life right now. Between Two Worlds is available today from your favorite retailer.