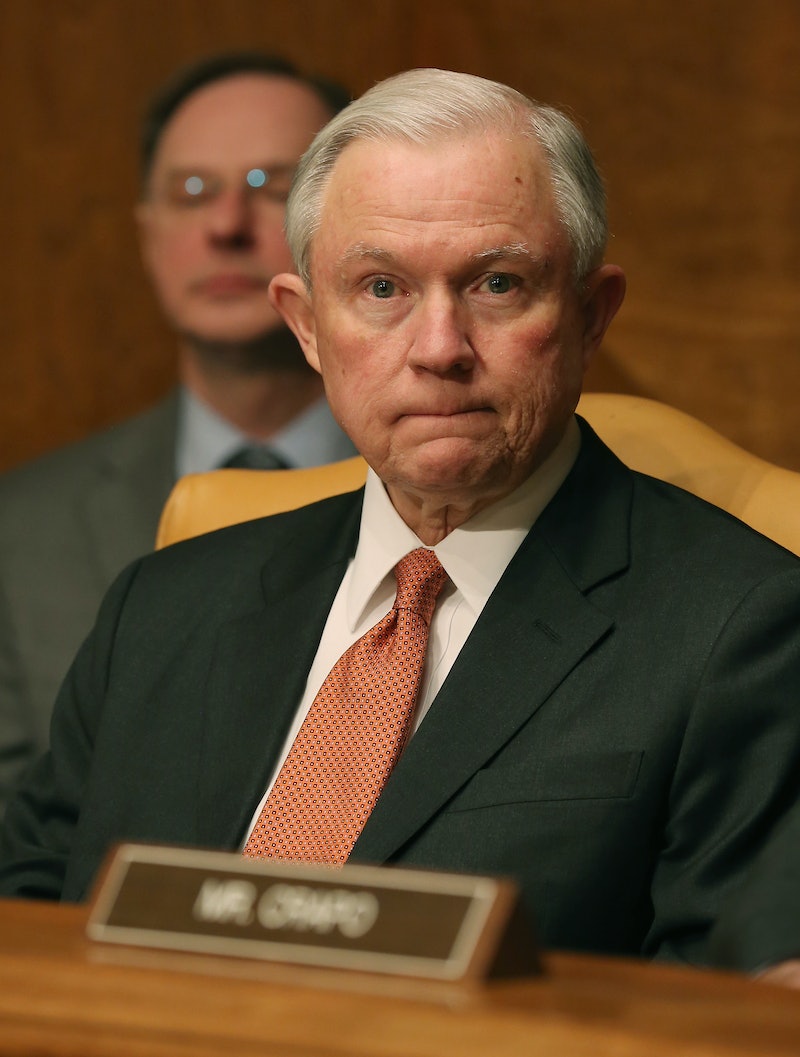 Since President-elect Donald Trump's upset election victory, all of Washington, D.C., has been vexed by the question of who'll staff the incoming Trump administration. And so far, only a few concrete decisions have been made: Steve Bannon for chief strategist, Reince Priebus for chief of staff, Mike Flynn for national security adviser, and Alabama senator Jeff Sessions for attorney general. And that last name is stirring up some fear and outcry from racial justice and civil liberties circles ― a number of petitions opposed to Session's appointment are already circulating on social media, giving you a chance to add your name to the list.

So far, there are no less than three petitions circulating, all voicing opposition to the Sessions pick, citing racist remarks he allegedly made while he was an Alabama attorney some 30 years ago ― allegations that scuttled his chance to become a federal judge ― and his current status as one of the Senate's most inflammatory anti-immigration voices.

Sessions was an early Trump supporter ― the first member of Congress to publicly back the real estate magnate's vitriol-fueled campaign, in fact ― so considering Trump's reported penchant for rewarding loyalty, his appointment doesn't come as much shock. It is, however, a very concerning sign for racial justice and pro-immigration advocates, with an alleged racist (Sessions has forcefully denied any such claims, both now and at the time they were first raised) in line to be America's top law enforcement official.

Something to keep in mind right now if you oppose Sessions' appointment, whether you want to sign off on any of these petitions or not, is that there's still one far more effective means of trying to influence the people in charge. Namely, you can also call your senator ― a full list of contact information is available on the official Senate website. In short, if you're looking to make some noise about Sessions, you've got a lot of options to make your opposition heard.