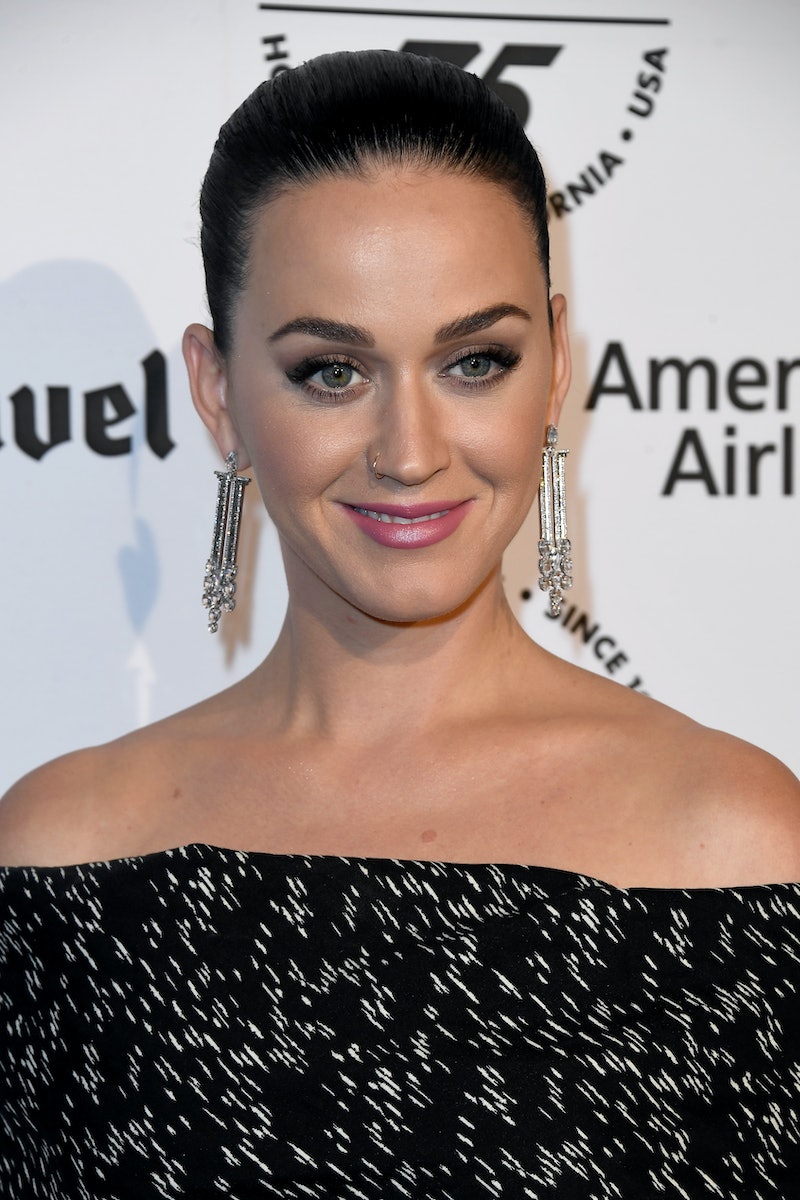 Can you even be a pop star and not have Snapchat in this day and age? Almost every time I think someone has evaded the lure of Snapchat, I usually discover that they actually had it all along, and I just couldn't find it because I'm a prehistoric fossil. Katy Perry is a celebrity who is very active on social media and knows her way around Instagram and Twitter, so you might assume she has Snapchat, but no, Katy Perry does not have Snapchat — at least not yet.

For a while, I assumed Perry had Snapchat because of her videos I saw circulating online, but it turns out that many of her recent social media videos have been shared via Instagram Stories. Now that I think of it, Perry only using Instagram Stories really fits in with her brand of being quirky and standing out from the huge crowd of Snapchat users.

So, if you want to follow Perry in a Snapchat-like way, you can follow her on Instagram, at "katyperry". While she doesn't have Snapchat, she obviously wants her fans to be able to follow her and be able to interact with her as much as possible.

Even though Perry doesn't have Snapchat herself, she doesn't mind popping up in her friends' snaps, like when she showed up with Halsey at a Kanye West concert:

And while Perry was out supporting Hillary Clinton, she made a few appearances on Clinton's official Snapchat:

But just because Perry prefers Instagram Stories, that doesn't mean her social media isn't stirring up trouble like many others' Snapchat stories do. (Ahem, Kim Kardashian...) In late October, reports ran that Perry was allegedly throwing shade at Taylor Swift when she took a video of herself at West's concert with his "Famous" lyrics, "I feel like me and Taylor might still have sex, why? I made that b*tch famous" in the background.

One thing is for sure, though, her fans really, really want her to join Snapchat, and they have no qualms in sharing their concern over her Snapchat absence:

At the rate she uses Instagram, I think she's on the road to Snapchat. And based on her history with social media, her username will probably be "katyperry", so keep an eye out!