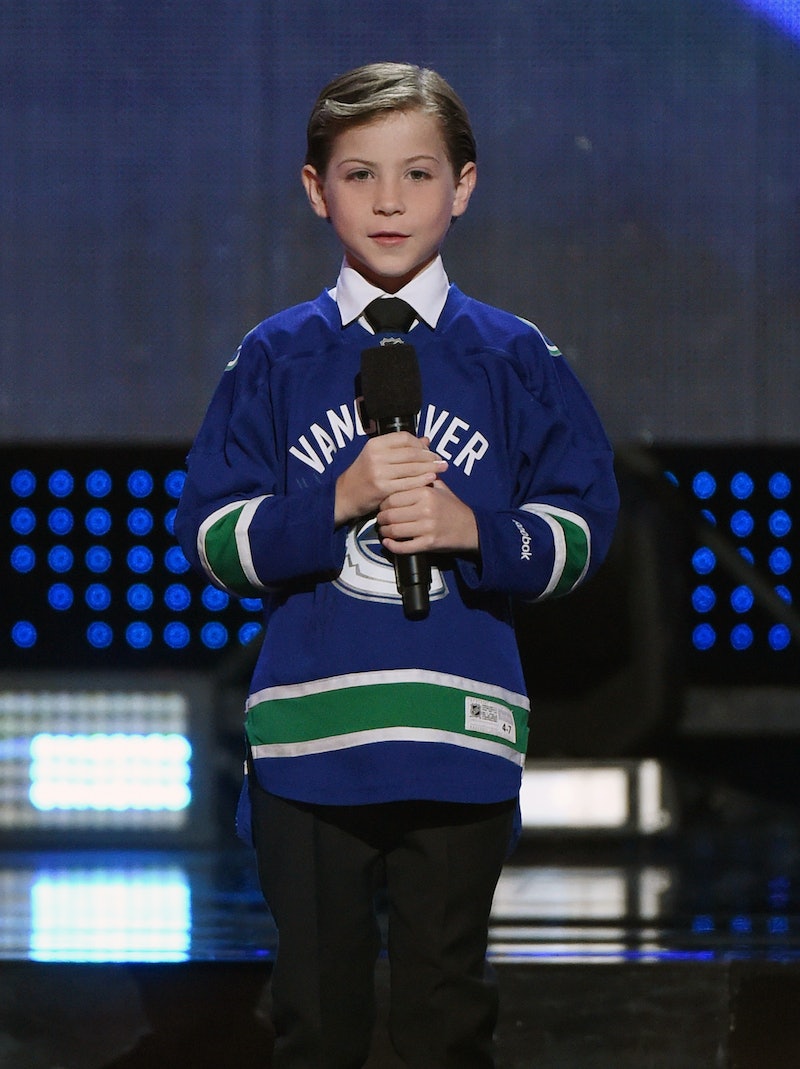 I know all of zero people will find this hard to believe, but beyond precious human Jacob Tremblay was a beyond precious human back when he was a kindergartener. As E! Online pointed out, award-winning actor and Star Wars super fan Jacob Tremblay posted some ridiculously adorable throwback videos on Thursday and Friday. As he explains in the Instagram captions, the clips are snippets of his audition tape for 2013 movie Smurfs 2. As far as TBTs and FBFs go, 5-year-old Tremblay slating for an audition and singing the praises of blue scorpions, blue black widow spiders, and blue tarantulas (and blue scorpions again for good measure) has to be one of the cutest TBT/FBFs of all time.

Now, I don't know about you, but I would love to hear more about these blue arachnids of which he speaks. I'm terrified of scorps and poisonous spiders (I know, such a piping hot take), and Tremblay made them sound so sweet. Now, I’m not so sure I want to, like, be in the same room as a black widow (I mean no offense to the majestic critters, but I’d rather be safe than bitten), but I find the idea of a Smurfy spider to be pretty endearing. Well, as endearing as a venomous spider can be.

Not only is it beyond darling, but this audition tape launched the Room star's career: Tremblay booked the part of Blue the Smurf, his first role in a feature film.

As far as I'm concerned, the only way this could be cuter would be if Rey the puppy put on a Gargamel costume, hopped in a time machine, traveled back to the exact day when Tremblay shot this audition video, and interrupted one of the takes.