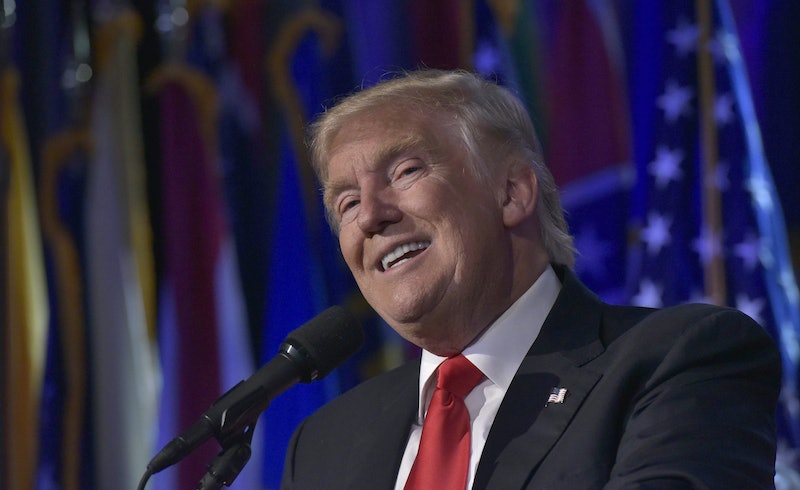 According to a statement from the office of New York Attorney General Eric Schneiderman, the Trump University lawsuit has been settled for $25 million, bringing the president-elect's ongoing legal drama to a close. The statement including a stinging rhetorical indictment of the Trump University program, however ― Schneiderman denounced it as "fraudulent" and "phony," and described Trump's decision to settle the suit as a "stunning reversal."

In 2013, my office sued Donald Trump for swindling thousands of innocent Americans out of ​millions of dollars through a scheme known at Trump University. Donald Trump fought us every step of the way, filing baseless charges and fruitless appeal​s​ and refusing to settle for even modest amounts of compensation for the victims of his phony university. Today, that all changes. Today's $25 million settlement agreement is a stunning reversal by Donald Trump and a major victory for the over 6,000 victims of his fraudulent university.

I am pleased that under the terms of this settlement, every victim will receive restitution and that Donald Trump will pay up to $1 million in penalties to the State of New York for violating state education laws. The victims of Trump University have waited years for today's result and I am pleased that their patience--and persistence--will be rewarded by this $25 million settlement.

Back in February, Trump tweeted that he could've settled the case, but wouldn't "out of principle." Months later, even more in the thick of his presidential campaign, Trump assailed the judge overseeing the case, Gonzalo Curiel, as being biased against him because of the 63-year-old jurist's Mexican heritage.

The fraud trial had been looming large in the days following Trump's upset Electoral College victory over former Secretary of State Hillary Clinton, as it undeniably made the transition into the Trump administration a little less certain and a lot more tumultuous. Suffice to say, it's unusual for an incoming president to be facing a civil fraud trial while they're trying to put a government together, on top of the already unusual fact that Trump is the first person ever elected president with zero experience in the government or military.

In any case, whether out of concern how the trial might have turned out, or simply to clear his schedule and avoid any extra negative publicity in advance of his inauguration, Trump has decided to buck his previously stated "principle," agreeing to pay up slightly more than half of the $40 million Schneiderman had sought.