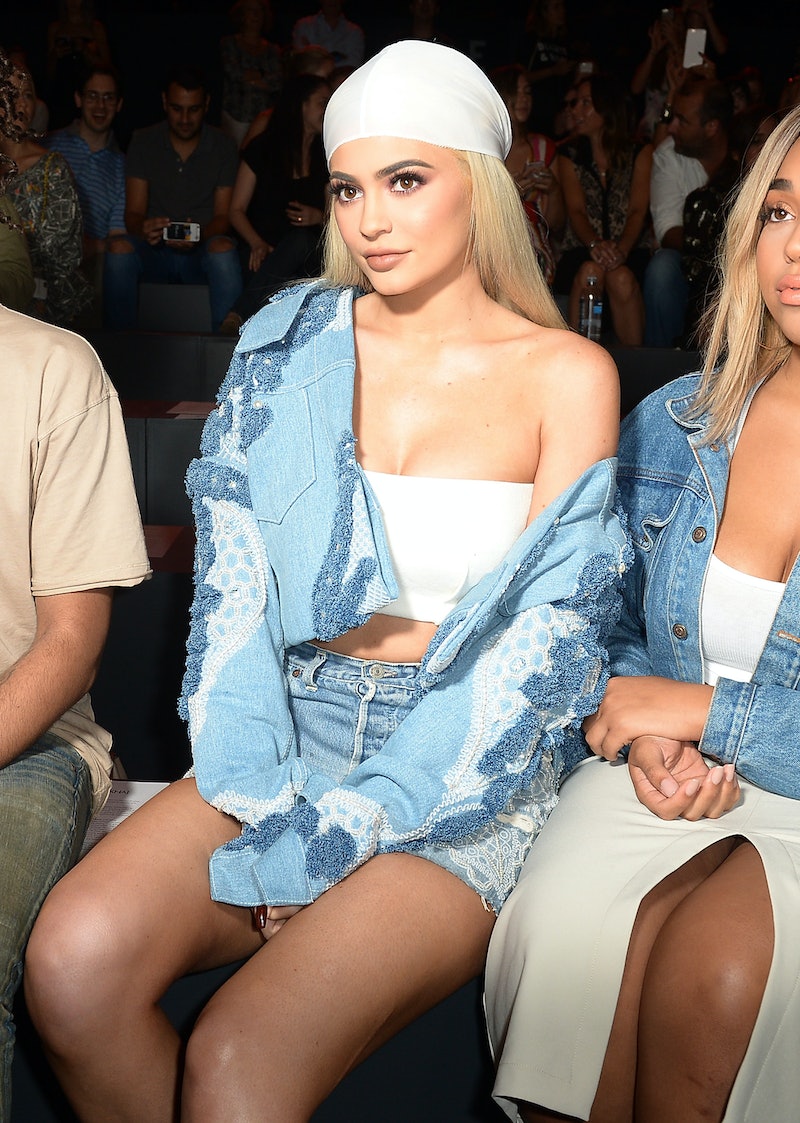 It's official. A Kylie Shop is coming, and it's set to the be first location where fans can shop Kylie Cosmetics products in a physical location. With a place so highly anticipated, it's got people wondering what you can buy at the Kylie Shop. As it turns out, while the shop is set to be mostly for Jenner's eponymous line of cosmetics, there could be other Jenner-related items hitting actual shelves during the pop up's tenure at Westfield Topanga in Canoga Park, California.

For West Coast fans of Jenner's, they'll be able to be among the first to shop Kylie Cosmetics in a real store. However, they may be getting an extra treat. While the shop will feature Jenner's makeup products — including a Christmas tree with Kylie Cosmetics lip kit ornaments — it is also said to include exclusive Kylie related merchandise. While there's been no real clue about what the merch could be, there are hints practically everywhere.

Only a few days ago, Jenner was spotted on her Snapchat rocking a Kylie Cosmetics hat fueling the idea that it could soon be sold along her makeup products. Plus, when Jenner announced the launch of the Kylie Shop, she did so with photos of herself in some seriously sexy lingerie. Perhaps clothing is coming to the Kylie Jenner pop up shop.

Fans already know that Jenner made a super cute stocking to go along with her Kylie Cosmetics Holiday Edition Collection, so why not add clothing or accessories? Plus, in certain Snapchats during the launch, what seemed to be a key chain could be seen peaking out of the stocking.

Fans are totally stoked about the potential shopping experience as well. In fact, many believe that the exclusive merchandise is, in fact, lingerie.

Regardless of whatever the shop is, though, fans are undeniably excited about the prospects.

Until the Dec. 9 opening day comes around, though, fans may just have to theorize about the exclusive Kylie Jenner merchandise coming to the Kylie Shop. One thing is for sure, though, the merchandise is sure to be bomb.

More like this
This Week’s New Makeup Releases & More Beauty Headlines
By Audrey Noble
The 117 Best Black Friday Beauty Deals Of 2022 To Shop
By Audrey Noble
23 Luxurious Beauty Gift Sets That Are Totally Worth The Splurge
By Olivia Rose Ferreiro
M.A.C. Cosmetics' Black Friday 2022 Sale Includes Major Lipstick Deals
By Audrey Noble
Get Even More From Bustle — Sign Up For The Newsletter