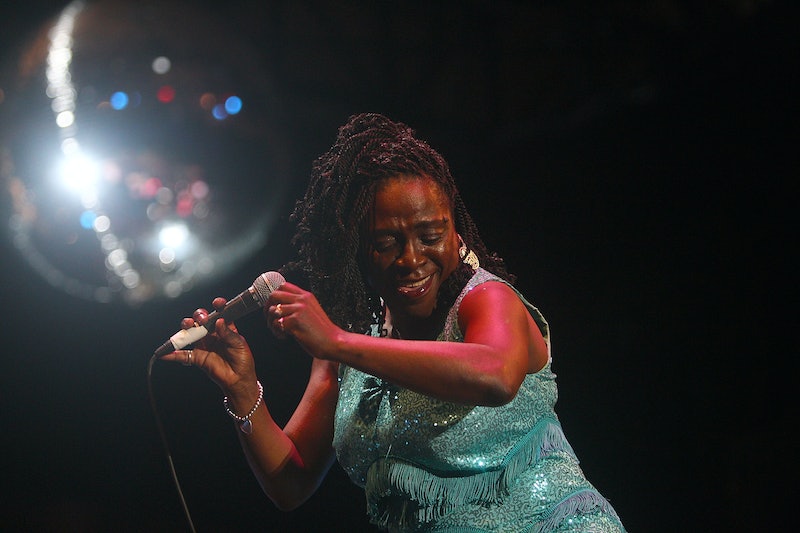 I still remember my first Sharon Jones concert, at the Apollo Theater in Harlem, New York. It was somewhere around 2007, and I'd never heard of Sharon Jones and The Dap-Kings. I'd gone with a friend who had a spare ticket. Little did I know I was in for the most memorable concert I'd ever seen — (and that included a first-row experience of Destiny's Child when I was 12 years-old ... so). She surpassed anything I'd ever witnessed on stage. Though I was sitting in the balcony, she might as well have been in my living room. It was the feeling of being in the presence of pure and complex greatness. When I heard this Friday night that Miss Sharon Jones had died at 60, I thought of that concert, and how she had danced and danced. How she had the feet of Tina Turner and the soul of James Brown — and something else, something entirely new and her own.

The Dap-Kings are one impressive band, but she stole the show. Actually, she didn't steal the show. She shared it with everyone.

What impressed me most about her concert was not just her voice (distinct, powerful, soulful) or her dancing (relentless, athletic, contagious), but the way in which she seemed to be so genuinely present and appreciative of the fact that this was her actual job. Having worked as a corrections officer at Rikers Island until her mid-career break in 1996, she still appeared — then in her 50s — to not be able to believe her luck.

When I saw her at the AFROPUNK Fest in Brooklyn several years later after her first bout with cancer, she was only somewhat subdued. She was in recovery, but she was insistent she keep on dancing. I think it started raining. I was high, so I can't be sure, but I do know I remember this part of her performance best.

Some more years later, just this summer, I heard her on Fresh Air, talking about how she was now performing with the cancer that had returned. It was a truly moving, memorable interview, the kind you keep getting flashes of in the strangest moments. A testament to her will to more than live. To save all her energy for the singing, for the dancing, for the audience. For her prayer. 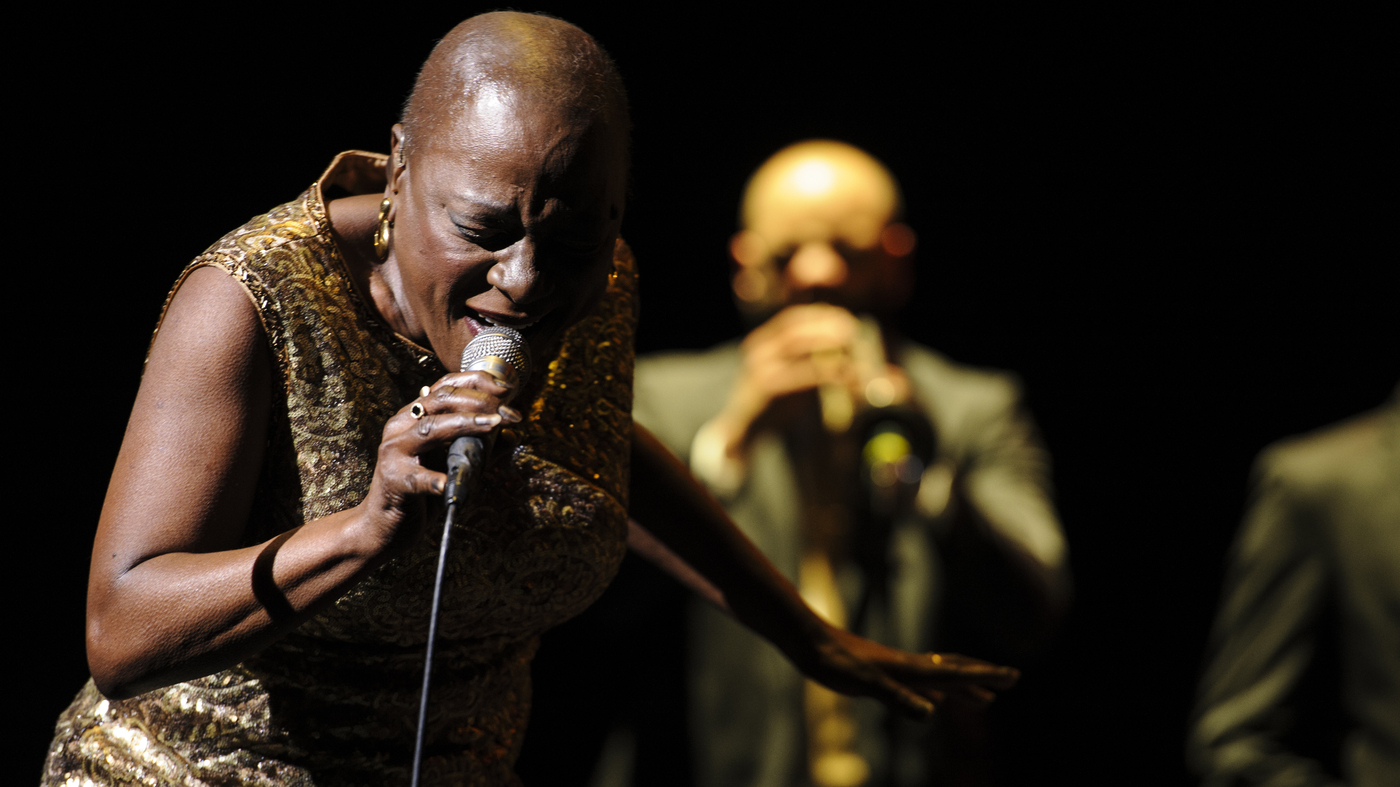 Jones passed away "after a heroic battle against pancreatic cancer. She was surrounded by her loved ones, including the Dap-Kings," Motormouth Media states in its press release. "In lieu of flowers, donations may be made to the following organizations: The Lustgarten Foundation, James Brown Family Foundation, Little Kids Rock."

Miss Sharon Jones went out with a fight, and a dance. Those of us who loved her should dance to her example, and live to fight again.