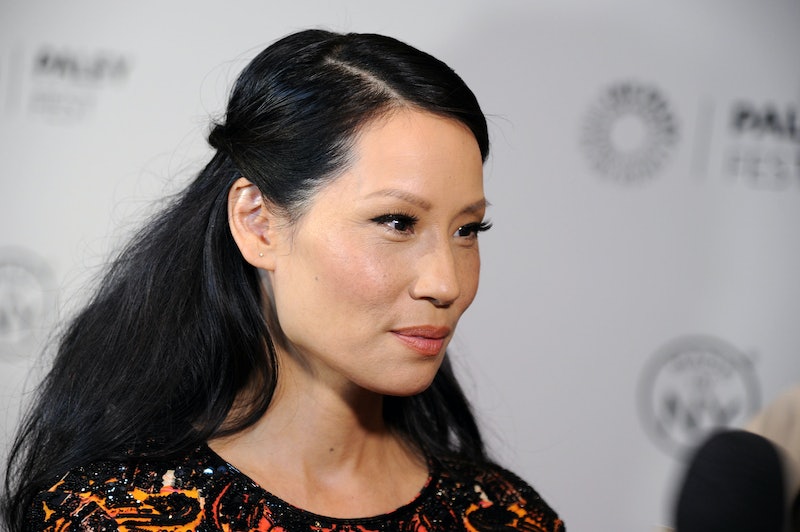 At this point, it's undeniable to all but those who turn a blind eye: Representation in media is important. Being able to see yourself among the masses on television and in film matters — Academy Award winner Lupita Nyong'o spoke multiple times throughout her Oscar campaign about how seeing Whoopi Goldberg as a woman with her skin tone in The Color Purple was the moment she knew she could be an actor; Goldberg, in turn, was alerted to the very fact that she could be an actress when she saw Nichelle Nichols' portrayal of Uhura in Star Trek . It goes back generations, and extends into the next ones.

Though it's usually the black and gay communities who take the forefront in talks of representation, it's an issue that extends past black faces and sexuality (another example of a group who's representation we need to talk about more? Trans people). Take this tweeted anecdote from The New Yorker's TV critic, Emily Nussbaum:

A few months back, How I Met Your Mother casually aired an episode featuring yellow face. More recently, the topic of Asian representation in particular was recently agitated into attention by two "incidents": 1) The Colbert Report 's Twitter faux paux revolving around an out-of-context joke featuring Asian stereotypes, and 2) (Spoiler alert for Hannibal) the death of Asian-American characters Dr. Beverly Katz on NBC's Hannibal.

Vanity Fair's Joanna Robinson has an interesting piece on the impact of the latter, also bringing in Sandra Oh's imminent departure from Grey's Anatomy and the disappearance of Jenna Ushkowitz' Tina Cohen-Chang from Glee. As Robinson notes:

The big deal is this: things may be better for Asian actors on TV, but that’s a pretty low bar no matter how you slice it. We have come a long way since 1971, when producers cast American actor David Carradine instead of Bruce Lee in the TV series Kung Fu. But as of the most recent Screen Actor’s Guild diversity study, (and that was way back in 2008), “only 3.8 percent of all television and theatrical roles were portrayed by Asian Pacific Islander actors” compared to the “6.4 percent portrayed by Latino actors, 13.3 percent portrayed by African Americans, and 72.5 percent portrayed by Caucasian actors.” With numbers improving in the past six years, that’s not so hot for the fastest-growing race or ethnic group in the United States. Even shows that are hailed for their effortless diversity, like Brooklyn Nine-Nine or Orange Is the New Black, are either entirely lacking Asian characters or falling prey to disappointing stereotypes. So every absence, every loss of a Park, an Oh, or an Ushkowitz means more.

To bring it back to Saturday Night Live, that show has never had an Asian female as a cast member. Three decades in, that's a pretty long, glaring amount of time to go with that kind of oversight. And this all brings me back to a quote from Pulitzer Prize winning author Junot Diaz:

You guys know about vampires? … You know, vampires have no reflections in a mirror? There’s this idea that monsters don’t have reflections in a mirror. And what I’ve always thought isn’t that monsters don’t have reflections in a mirror. It’s that if you want to make a human being into a monster, deny them, at the cultural level, any reflection of themselves. And growing up, I felt like a monster in some ways. I didn’t see myself reflected at all. I was like, "Yo, is something wrong with me? That the whole society seems to think that people like me don’t exist? And part of what inspired me, was this deep desire that before I died, I would make a couple of mirrors. That I would make some mirrors so that kids like me might see themselves reflected back and might not feel so monstrous for it.

When it comes to representation in the media, we still have a long way to go. One of the first steps? Allowing more people room at the mirror.

It also never hurts to watch this video: