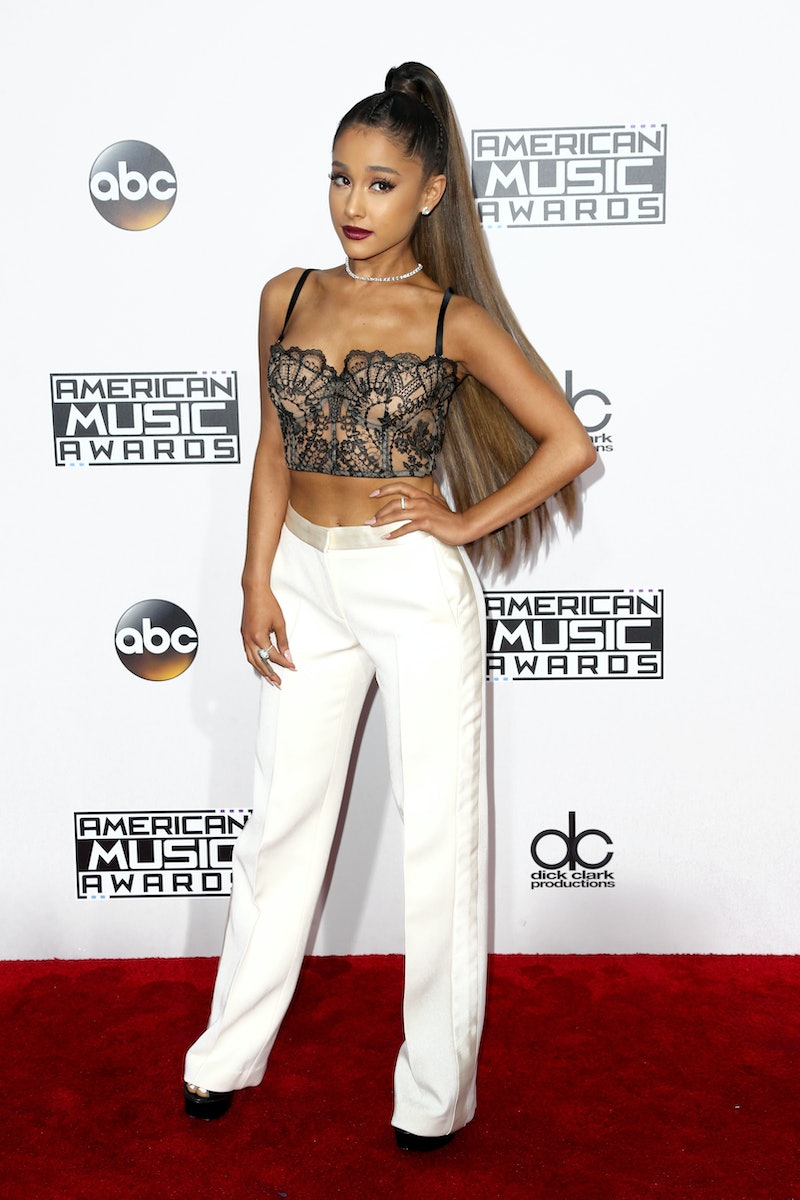 If you thought Ariana Grande's iconic hairstyle couldn't get any better, hen think again. The singer rocked and extra-long ponytail to the 2016 AMAs, and looked absolutely gorgeous. The additional length was the perfect way to make the simple style fresh again. That wasn't the only way she switched up the classic trend either.

Grande constantly kills it on the red carpet. Whether she's wearing a full-length gown or playing it simple with a lingerie top, you can always count on her to look great. Her fashion might be one to watch, but it's her hair that people are obsessed with. This time did not disappoint. Instead of just wearing her hair up on the top of her head, she added a few more subtle changes. Let's just say that if there was an award for how many versions of the ponytail you could rock, it would definitely go to her.

The first, and most noticeable, was her the length of her 'do. Even up on the top of her head, her locks were reaching her butt. That's some serious hair, people. Grande also skipped the hair tie and wrapped her extra-long locks around the pony instead. As if all that wasn't already enough, she snuck in a tiny little braid on the side of her head as well.

From far away, this looks a lot like her typical style.

She's giving off major I Dream Of Jeannie vibes.

If you look closely, you can see the tiny little braid as well.

I think it's safe to say that this classic look will never get old.