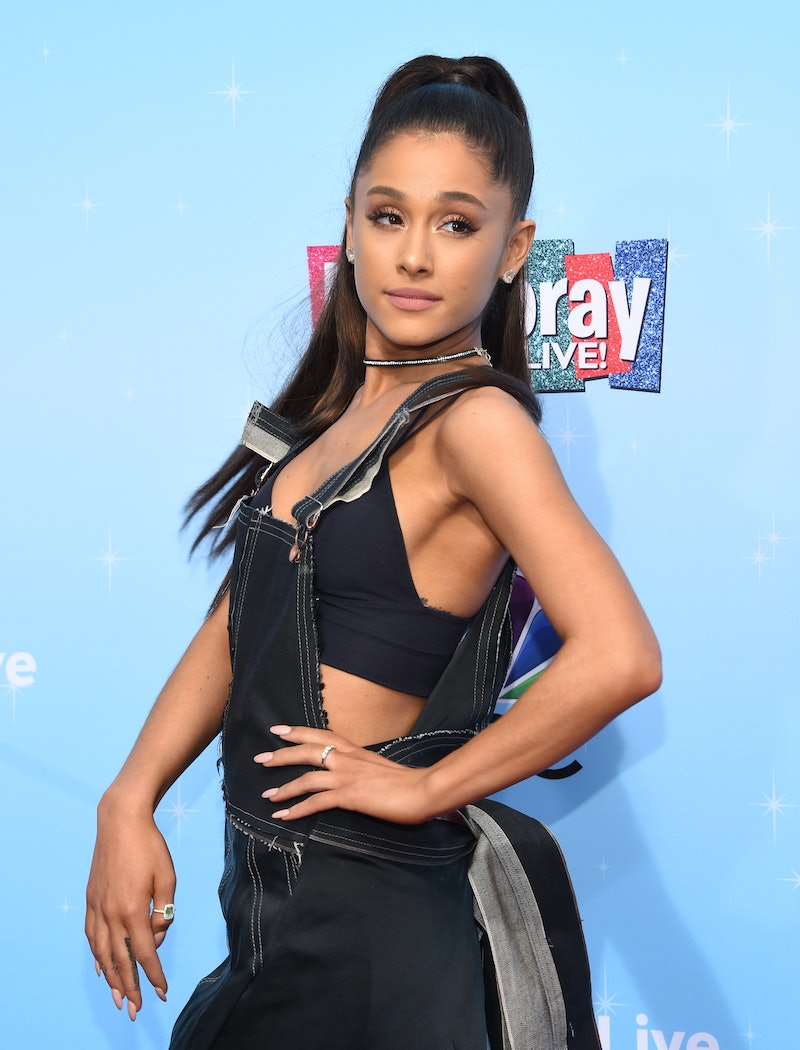 For Ariana Grande/Mac Miller shippers eager to find out if the sweet celeb couple will be attending the 2016 American Music Awards together on Sunday, I have some bad news. When it comes to whether Grande will bring Miller as her AMAs date on Nov. 20, it doesn't seem like that will be the case. But guys, it has nothing to do with their relationship being on the rocks (in fact, they seem stronger than ever), but instead everything to do with different schedules.

First of all, it should be noted that the "Into You" singer will most definitely be in attendance at the award show on Sunday night, considering she's set to perform with Nicki Minaj. She's also up for Artist of the Year, so she'd probably be the first to tell you that it doesn't matter if she brings her bae to the event or not — girl is doing pretty damn fine on her own. Flashback to the 2016 VMAs: When she was asked on the red carpet where Miller was, she was pretty succinct in her response: "Being supportive," she replied at the time. "It's OK to be alone."

While she may have been coy on the carpet at the time, Grande certainly let the photos do the talking later on. In fact, it was the 2016 VMAs that seemed to really confirm the "Into You" collaborators romantic relationship, as the two got super cozy backstage.

And in the time since, Grande has not only confirmed their relationship on Instagram and on national television, she's put a lot of sweet photos and videos of her and Miller on social media. They're no longer keeping things on the DL, and have actually gone pretty public with their romance. They've also proved that they make pretty good award show dates (seriously, just look at these VMAs photos). However — and you know it was coming — it sadly looks like the 2016 AMAs will be deprived of a Grande/Miller pairing. Boo.

Miller is currently on tour and will be performing the night of the AMAs in Houston, Texas, (the AMAs are located in L.A.) Which means that while he won't actually be in the audience to cheer on Grande, he'll definitely still be rooting for her from afar. Just remember her wise words from the VMAs: Miller is supportive, and guess what else? "It's OK to be alone." Tell 'em.