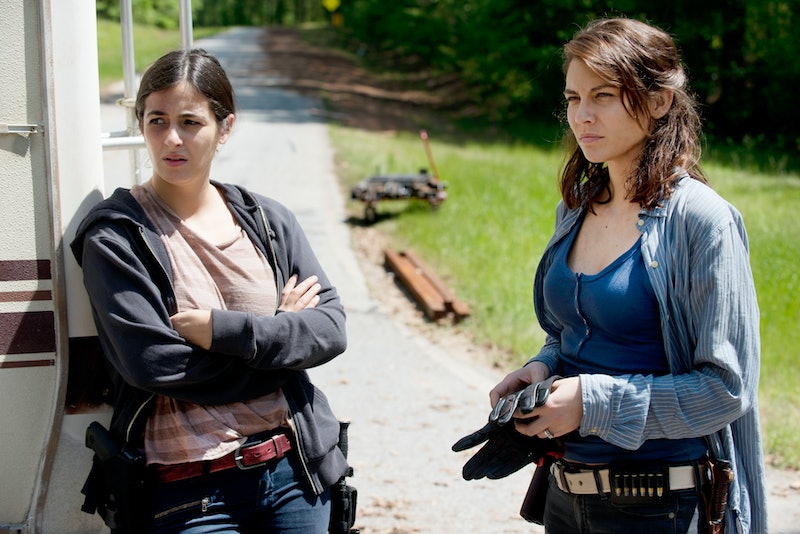 Everyone is spreading out on The Walking Dead, and it's hard to keep track of every characters whereabouts. However, one character that has been absent for a while may be making a dramatic return. What happened to Tara on The Walking Dead ? According to a sneak peek of next Sunday's episode

In the clip on Talking Dead, a woman and a young girl happily hunt walkers (or "bobbers," as the woman put it) on the beach. The girl is excited about her progress. I guess that's the TWD equivalent of collecting shells or flying a kite. Alexandria is not too far from the ocean in Virginia, or at least Chesapeake Bay, but it's still a terrain that we're not used to seeing on this series. The little girl runs towards a body she hopes to stab, but it's the very living Tara. How did she get there?

Actually, let's back up even further. When did we last see Tara? Towards the end of Season 6, Tara and Heath went on a scavenging mission and haven't returned. Another sneak peek from the upcoming episode shows the two of them discussing their mission and deciding whether or not it's time to return. Turns out, they've been gone for two weeks. Check it out.

They missed a lot in just two weeks. Tara doesn't even know what happened to Denise, much less what happened with Negan. Their scavenging mission could be Alexandria's only hope of getting weapons and resources. That still doesn't explain how Tara ended up washed up on a beach, unconscious, and without Heath. I'm glad that these two characters are finally returning on The Walking Dead, though it seems like their mission did not quite go as planned.